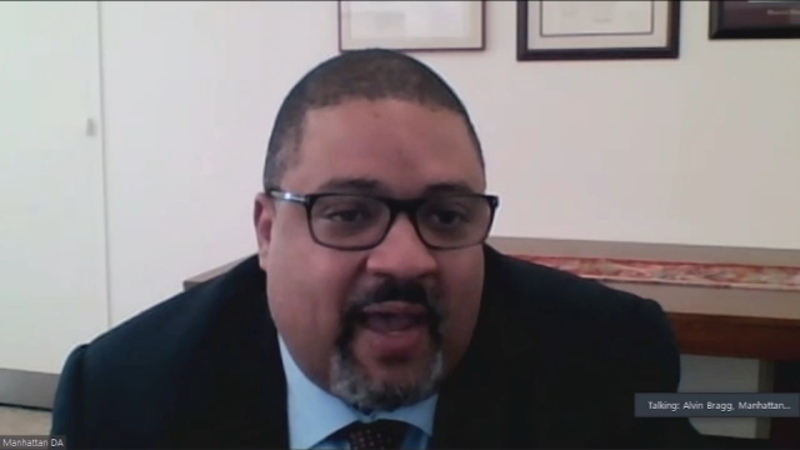 NEW YORK (WABC) -- Mayor Eric Adams made his case on Wednesday to legislators in Albany to change bail reform laws to help stop the surge in crime across NYC.

Gunfire rang out once again in New York City in the middle of the afternoon. This time it was at the Harlem Health Center on Morningside Avenue.

No one was injured, but the gunman escaped and it was not clear whom he was targeting or why.

"Pretty, pretty troublesome, pretty worrying," resident Huascar Castillo said. "Because I could've been in there. If I had been there a little earlier, with my children, it would've been a scary situation."

Shootings have been on the rise for the past two years, many of them on crowded city streets. But in recent weeks, it's been relentless.

On Wednesday, Mayor Adams pleaded with state lawmakers to roll back portions of their bail reform laws -- specifically, provisions allowing most juvenile gun offenders to be prosecuted in Family Court.

The mayor also believes that judges should be allowed to consider whether a suspect is a danger to the community in making bail decisions.

Controversial Manhattan District Attorney Alvin Bragg faced leaders of the city's business community in a virtual meeting with the Association for a Better New York.

He explained that his priority is violent crime, with a renewed focus on transit crime and less of an emphasis on things like fare-beating.

"I'm a lot more concerned about the violence on the trains," Bragg said. "Because that's our connective tissue. We've got to, you know? If people aren't feeling safe on the train, it's hard for us to get back to work."

As for bail reform, there is little enthusiasm among the Democratic leadership for making any changes.

Despite the mayor's efforts and despite the gunfire that echoes through the streets somewhere in the city every day.

Lawmakers, public officials and leaders in law enforcement want to make amendments to the current bail reform law in New Jersey. Anthony Johnson has the details.