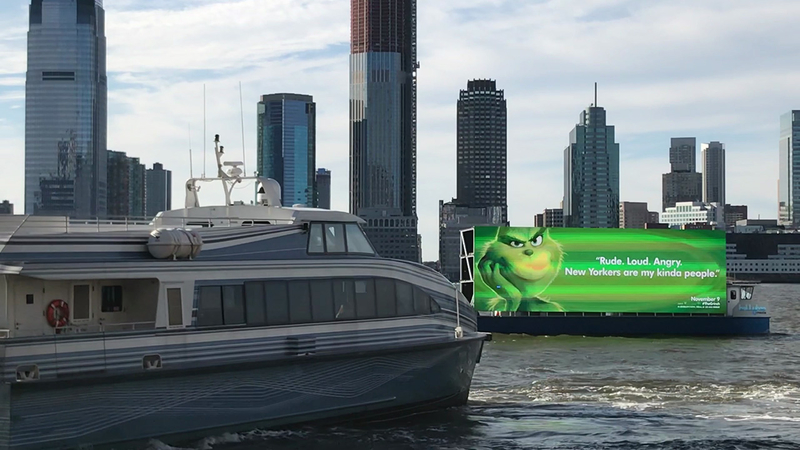 NEW YORK CITY (WABC) -- Advertisements are prevalent throughout New York City, including on subways, buses and taxis. And then, of course, there's our giant iconic billboards.

Now, that search for eyeballs to sell products extends to the waterways.

Ballyhoo Media has launched its first advertising catamaran, which has two massive digital screens and travels up to the the west 40s on the Hudson River. It then heads south around the Battery, toward Roosevelt Island on the East River.

Adam Shapiro is hoping to attract the attention of those who work or live along the route, as well as those who travel on or along the river.

He says there are millions of eyes, which is what advertisers seek.

He launched his first boat in Miami, and he calls the vessels modern-day digital versions of planes flying banner ads.