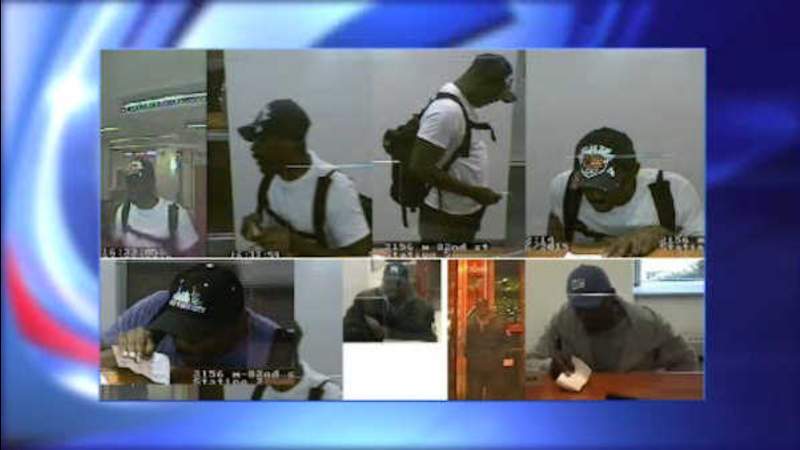 Police continued to search for any remaining suspects out of an abundance of caution, prompting a lockout of some schools, but authorities believe they have apprehended everyone involved in the robbery.

Authorities say the Capital One bank in the South Shore Mall on Sunrise Highway in Bay Shore was targeted by the robbers at around 9:10 a.m. There were customers in the bank at the time.

"The sirens going off, cars zooming by, even in the median, helicopters overhead," witness Eli Crozier said. "It was pretty chaotic."

Police followed the suspects into Nassau County, where their vehicle crashed into a police vehicle at Route 135 and Jericho Turnpike in Syosset.

"We deployed our patrols immediately and pursued the suspects to Nassau county," acting Suffolk County Police Commissioner Tim Sini said. "We were communicating with Nassau County all along, and they were able to deploy numerous assets to assist us in the pursuit."

Two suspects fled on foot and were captured. One was taken to a hospital, the other to a police precinct, and a bag filled with money was reportedly recovered at the scene of the crash.

"One of the suspects was captured in the apartment complex, and the other was trying to cross (Route) 135 about 200 yards away from the car," acting Suffolk County Police Chief Stuart Cameron said.

Police continued to search in the woods and in nearby businesses and residential communities, prompting Syosset schools to placed on temporary lockout, but that security measure was lifted.

Two police officers, one from Nassau County and one from Suffolk County, suffered minor injuries.

The Seaford Oyster Bay Expressway (Route 135) was closed near the scene of the crash.