Tim Fleischer has the details the day after the attack.

ROCKAWAY TOWNSHIP, New Jersey (WABC) -- A Boy Scout leader who was pulled into a cave by a bear in northern New Jersey beat off the animal with a rock hammer while the three young Scouts with him called for help.

The scout leader, 50-year-old Christopher Petronino of Boonton, is recovering at Morristown Medical Center and has the three scouts to thank for their quick thinking and bravery under immense pressure and adversity.

According to police, Petronino first encountered the bear alone inside of a cave off of one of the area's hiking trails.

Petronino said he wanted to show his son and two other boys, who are all scouts from Troop 69, a small Talus cave. It wasn't an official Boy Scout outing, and he had just been in the empty cave two weeks earlier. He said he has known about the cave since 1980, and has never encountered a bear.

He lowered himself into the 2-foot-wide opening, not knowing he unknowingly entered a bear's den. As soon as he got inside, officials said the bear grabbed his foot and dragged him farther inside the cave.

When the three scouts outside heard his desperate cries for help, they quickly jumped into action, trying to coax the bear out with bananas and trail mix. When that didn't work, their training kicked into full gear.

"Petronino struck the bear twice in the head with a rock hammer. He then pulled his sweatshirt over his head and curled into the fetal position," Bob Considine, a spokesman for the state Department of Environmental Protection, said in a statement. "He yelled to the scouts, who were outside the cave, to leave and go get help."

The scouts yelled out loud, and started a fire to create a smoke signal. The smoke eventually forced the bear out of the cave, and also gave rescue crews who had been searching for hours, their precise location in the nick of time.

Authorities told the boys to place any food they had outside the cave to lure the bear away from Petronino. When it emerged, a dog that had come along with the group began barking and the bear ran up a nearby hillside.

Listen to the audio recording of first responders locating the scouts and Petronino in the woods:

Despite bleeding from severe lacerations inflicted by the bear to his head, arms and legs, Petronino managed to squeeze out of the tiny opening.

Petronino was quickly taken by helicopter to Morristown Medical Center for treatment. The three uninjured scouts were questioned by local authorities, and were praised for their bravery.

Petronino's wife, Lydia, has since issued this statement:

"Thank you for the outpouring of love and support for Chris. I especially want to commend the three boys who truly saved my husband's life because of their quick thinking and brave actions. At this time, we request privacy as Chris begins his journey to recovery. There will be no further information provided at this time."

Last November, a Rutgers University student was killed in West Milford by a bear.

The attack comes as the early December bear hunt period came to a close in New Jersey. 501 bears were killed to cull the population. 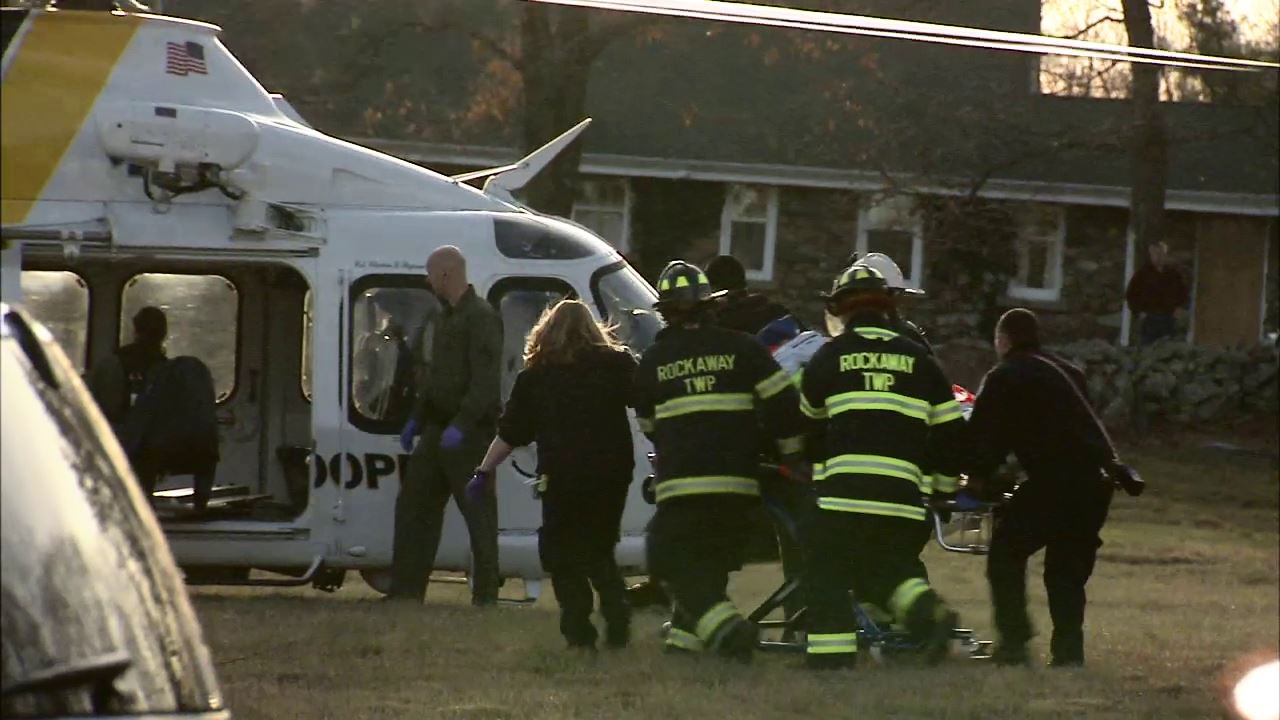 Boy Scout leader survives after being attacked by black bear