7 arrested after man beaten with pan in Brooklyn robbery 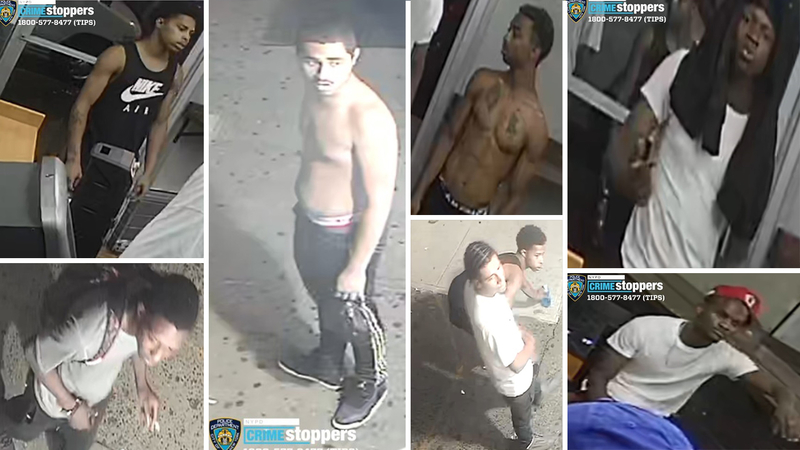 Search for thieves who attacked victim with a pan in Brooklyn

EAST NEW YORK, Brooklyn (WABC) -- Police have arrested seven individuals in connection with a violent robbery in Brooklyn in which a man was attacked with a pan.

They say the thieves beat the 41-year-old man with the pan and then stole his cell phone and ran away.

The victim suffered a fractured spine and cut his face in the attack.

He was taken to Brookdale Hospital in serious condition.

All suspects are charged with robbery, gang assault, and reckless endangerment. Additionally, Gonsalves is charged with criminal possession of a weapon.