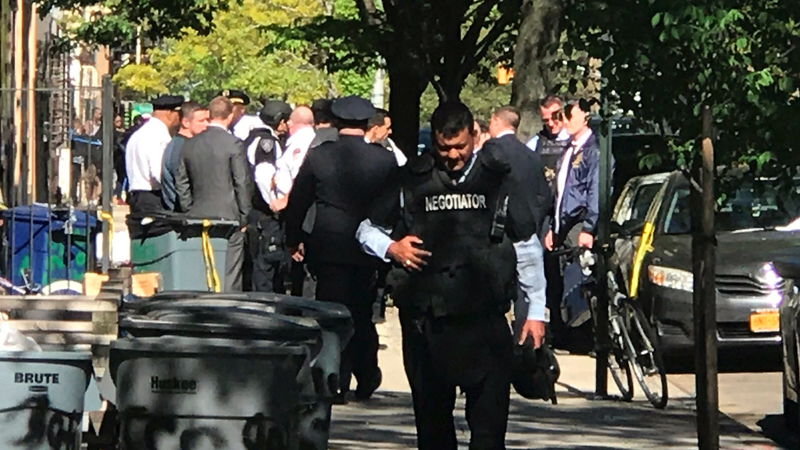 BEDFORD STUYVESANT, Brooklyn (WABC) -- Police said a man shot himself after a landlord-tenant dispute in Brooklyn escalated into a shooting and standoff situation Wednesday.

It all happened near the intersection of Gates Avenue and Tompkins Avenue in the Bedford-Stuyvesant section.

The first shooting happened at about 2 p.m. at a nearby laundromat. Police said the landlord of a building on the block was shot twice in the leg.

The shooter ran into the landlord's building and was holed up inside an apartment on the fourth floor.

Police surrounded the area and called in its Emergency Services Unit, including a hostage negotiator.

The standoff lasted for about 2 1/2 hours, at which point the police decided to enter. They heard a gunshot and ran inside.

They heard no noise from the suspect and found that the man had shot himself in the head.

"Our aim was to identify where the individual is, establish some type of contact with the individual using the necessary personnel and hostage negotiation, and try to resolve it by having them surrender to us," NYPD Deputy Chief Vincent Giordano said. "That's the best scenario."

Police are now trying to figure out what led up to the situation, including what the argument was all about.