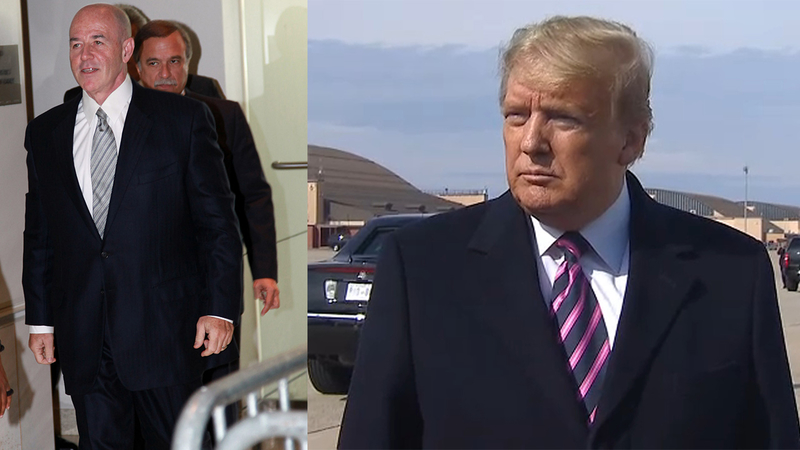 The president told reporters about his decision at Joint Base Andrews Tuesday afternoon.

Kerik was sentenced to 48 months in prison in 2010 after pleading guilty on multiple charges of tax fraud and lying to officials.

He served as Rudy Giuliani's body guard during Giuliani's 1993 mayoral campaign and was later appointed by Giuliani to serve as the New York City police commissioner in 2000.

He was nominated by President George W. Bush to be the secretary of Homeland Security but withdrew his nomination due to potential tax violations.

Kerik was released from prison in 2013 after serving three years for good behavior.

In recent years he's been a frequent defender of President Trump's on Fox News.

The President was asked if he planned on pardoning his confidant Roger Stone on his conviction for witness tampering and lying to Congress.

"I haven't given it any thought," the President said. "In the meantime he's going through a process, but I think he's being treated unfairly."

“I haven’t given it any thought … but I think he’s been treated very unfairly,” President Trump says when asked if he has considered pardoning Roger Stone. https://t.co/CUCpL7GghX pic.twitter.com/TX1QNbfwaI