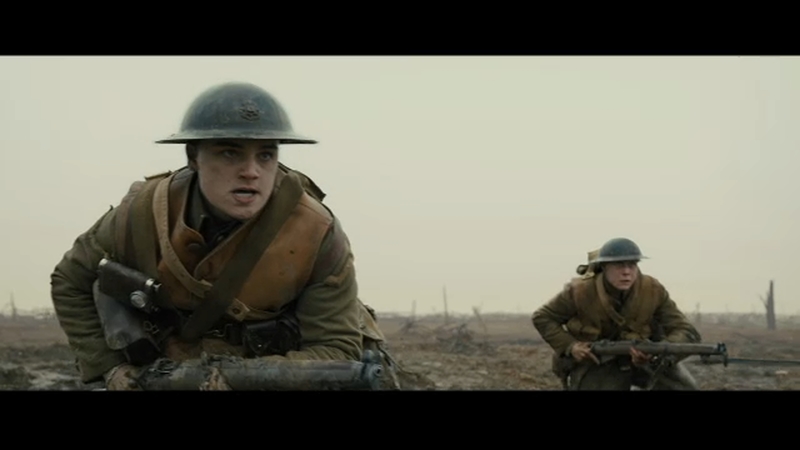 NEW YORK (WABC) -- Half of the movies I have chosen as the ten best are based on true stories, and we begin with the funniest of those inspired by a real-life tale from the 1970s.

"Dolemite is My Name" marks the return of one of the biggest stars of the 1980s. Eddie Murphy's comeback is so complete it seems destined to enter the pantheon as one of the greatest in Hollywood history!

As "Dolemite" Murphy honors the character created by the late Rudy Ray Moore who made so-called: "blaxploitation" movies in the 1970s. I laughed. I cried. I was filled with wonder and wanted to yell at the top of my lungs to Eddie, "welcome back!"

"Ford v. Ferrari" ranks as one of the very few movies ever to capture the excitement of auto racing: to explain why it gets my pulse racing and heart soaring.

"Bombshell" allegations of sexual harassment at Fox News made me squirm and brought home the true horror of what women faced at the hands of the predator who ran the network.

"I need to know that you are loyal," Roger Ailes played by John Lithgow tells Margo Robbie's character. "I need you to find a way to prove it."

Loyalty is at the heart of "The Irishman," an epic about the Mafia at the height of organized crime's power in the mid 20th century. Robert De Niro does his best acting in a decade as a hired gun known as, The Irishman, who worked for Teamsters boss Jimmy Hoffa, played by Al Pacino in the first movie he has ever made with director Martin Scorsese.

"The big thing is he takes care of you," Pacino told me at the film's premiere on the opening night of The New York Film Festival. "He's got you covered."

There is talk of an Oscar nomination for Pacino and for Jamie Foxx in "Just Mercy" thanks to his role as a man sentenced to die for a crime he didn't commit.

"Marriage Story" earned half a dozen Golden Globe nominations: more than any other movie including nods for best drama and one each for Scarlett Johannson and Adam Driver playing a couple facing a divorce.

A family of con artists in Korea are the focus of "Parasite" - a terrific Korean movie that ranges from comedy to drama over the course of its running time.

A couple of nerds are "Booksmart" in a dark comedy about two high school seniors determined to enjoy themselves the night before graduation.

Saoirse Ronan leads a strong cast in "Little Women" directed by Greta Gerwig. She adapted a timeless story of four sisters. Her movie feels like a contemporary story instead of the umpteenth version of a tale from the 19th century.

Speaking of relevance, here's my favorite film of 2019. "1917" is filmed, in what appears to be one continuous take. The movie set during World War I brings home its horror in a thrilling way: an action movie that makes you think long and hard about the futility of war.

My brother Geoffrey has been reluctant to see "1917" because the trailers made it look so "terrifying." But, the average Hollywood action movie is a lot more violent and whole lot less worthy than this war film.