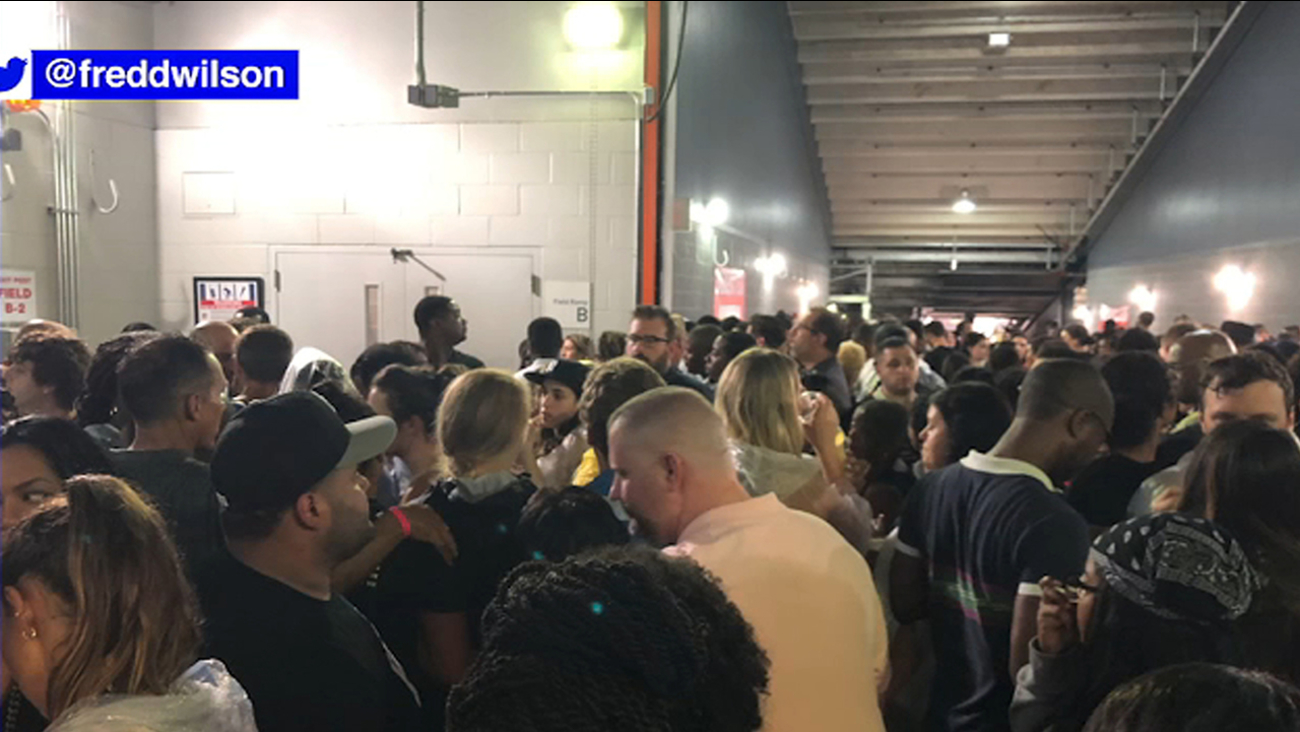 EAST RUTHERFORD, New Jersey -- Severe weather forced fans at Beyonce and Jay-Z's concert out of their seats to wait inside MetLife Stadium because of bad weather in the area.

Officials said Thursday night in East Rutherford, New Jersey - where the New York Giants and New York Jets play - that concertgoers must head inside while it rained before the performers took the stage. Officials said a thunderstorm was on its way.

soooo a bad thunderstorm is approaching and everyone waiting for Beyonce and Jay Z at MetLife stadium has to get out of our seats to seek shelter immediately omg pic.twitter.com/q4JzcT3lq3