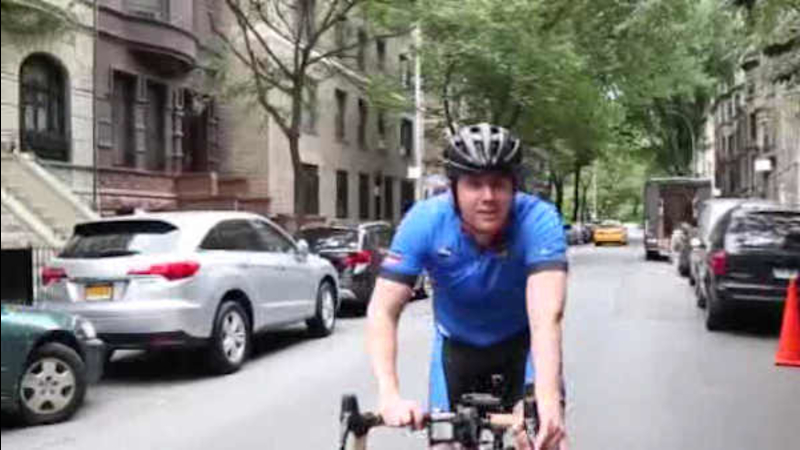 NEW YORK (WABC) -- As we count down to Monday night's presidential debate, one journalist has discovered a unique way to find out what voters are thinking before they hit the polls.

ABC News producer Michael Koenigs will have traveled 1,000 miles on a bike by the time the presidential debates are over.

He rode from Cleveland to Philadelphia for the party conventions, and now is on his way to cover the debates.

Along the way, he's had the chance to talk with many voters.

"Across America, people are struggling with this choice, sometimes they're not happy with either of the candidates," said Koenigs. "So they're tuned in, they're paying attention and they're pretty fired up, so seeing these two candidates in the same room is going to make a huge difference come November."

Michael rides his bike to work every day, and came up with the idea to cover the campaign that way.

He joined us live on Eyewitness News Monday morning before traveling to Hofstra University for Monday night's debate.