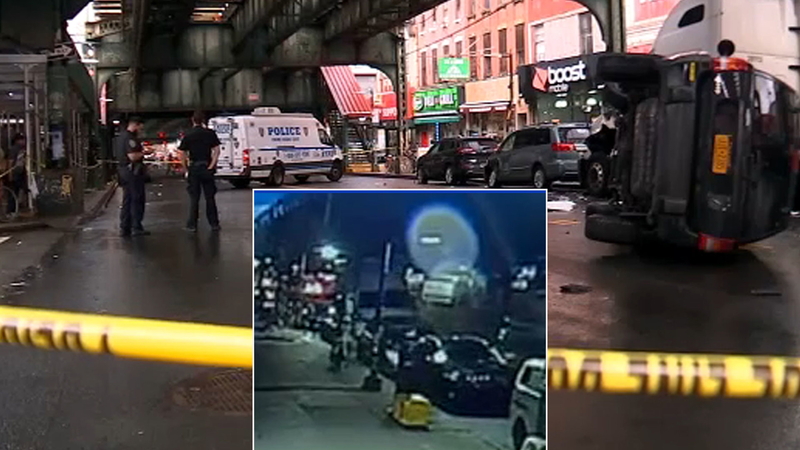 BUSHWICK, Brooklyn (WABC) -- Murder and manslaughter charges have been filed against a driver who police say deliberately hit a bicyclist.

The deadly incident near Broadway and Ellery Street in Bushwick was caught on camera just after 6 a.m. Monday.

They say he drove towards Robert and crashed into him, then stayed at the scene.

Robert was rushed to Woodhull Hospital, where he later died,.

Police say both men have approximately 40 prior arrests.