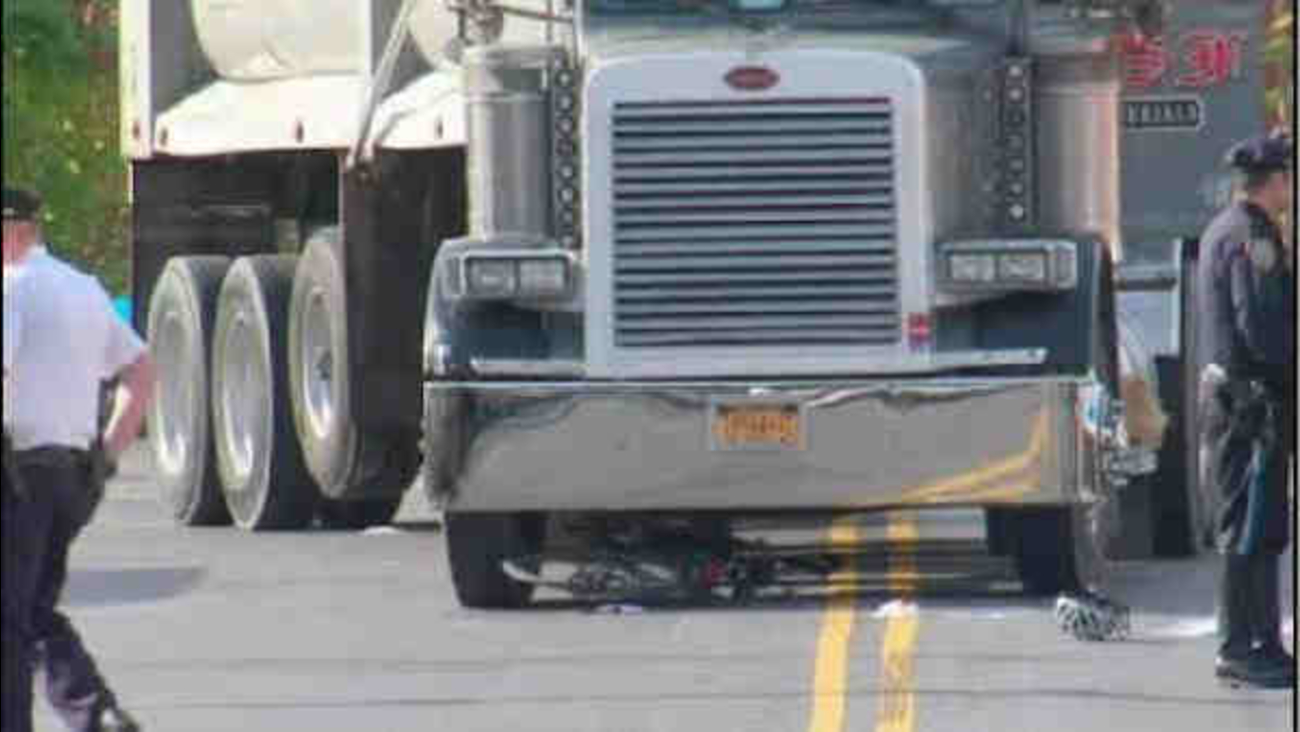 QUEENS, N.Y. (WABC) -- A bicyclist was struck and killed by a tractor-trailer in Sunnyside Wednesday morning at 56th Road and 48th Street, and the driver is under arrest.

The victim, a 34-year-old from Ridgewood, N.J., was taken to Elmhurst General Hospital in serious condition and later died. She has been identified as Anna Rodriguez.

The driver, Dennis Forceri was taken into custody at the scene and arrested.