The Countdown: Can Biden rally Americans to support his plan to beat COVID, build back economy 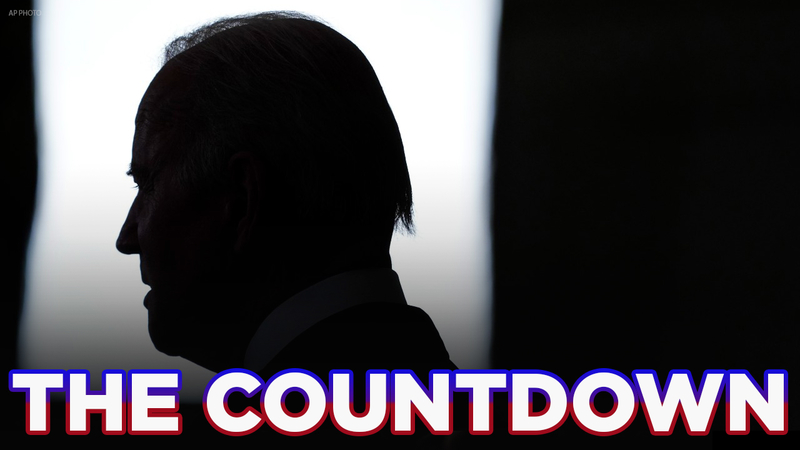 The Countdown: Will Biden be able to rally Americans, move nation forward?

Fully vaccinated themselves for arguments Friday, the court's six conservative justices appeared to view the administration's requirement for businesses with at least 100 employees as overstepping government authority. However, the court seemed more open to a separate vaccine mandate for most health care workers.

Seven of the nine justices heard arguments wearing masks for the first time, and an eighth was phoning in. Rulings on legal challenges to the policies from Republican-led states and business groups probably will determine the fate of vaccine requirements affecting more than 80 million people.

President Joe Biden enters the midterm election year of 2022 determined to address what economists call a "supply" problem. There aren't enough jobseekers or goods to meet the country's needs.

The mismatch has obscured the strong growth and 3.9% unemployment rate reported in Friday's jobs report. That kind of performance would typically help the president and congressional Democrats woo voters in the midterms.

But it has left Biden trying to showcase his economic achievements while trying to parry Republican criticism that his policies have fueled inflation. And pessimism has overtaken Americans' views on the economy, even though it's objectively better than it was before Biden took office.

Analysis: Taking on Trump is Biden's reluctant calling
It may not be the fight he sought, but taking on Donald Trump is President Joe Biden's calling. Biden offered himself as a guardian of American democracy in a visceral speech Thursday discussing the Jan. 6 insurrection that sought to overthrow his 2020 election victory.
Trump's refusal to accept the reality of his election defeat spawned a conspiracy that came close to shattering the nation's system of government and continues to ripple through society a year later. But while Biden is often at his best when he takes on Trump, talking about the former president also serves to elevate him in the national conversation.

Top Republicans mark Jan. 6 with silence, deflection
Just a year ago, many Republicans joined Democrats in reacting with horror to the Capitol insurrection. But on the anniversary of the attack, top Republicans were far more muted.

Some, like Senate Minority Leader Mitch McConnell and Republican Sen. Lindsey Graham, acknowledged the terror of the day but quickly pivoted to bashing Democrats.

Many, like House Minority Leader Kevin McCarthy, avoided observances planned at the Capitol. And still others, including some potential 2024 presidential candidates, didn't say anything at all. It's all part of the political calculus in a party in which former President Donald Trump remains very much in charge.