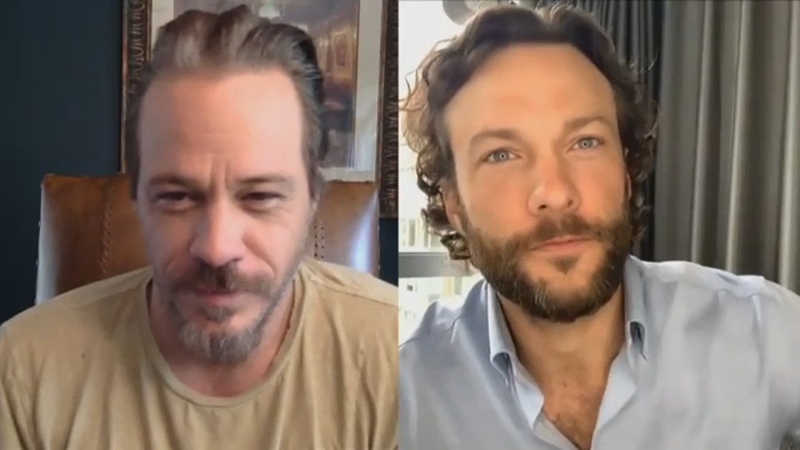 NEW YORK -- Where's Ronald? That's what everyone wants to know as "Big Sky" picks up three months after his big escape.

In this second half of season one, "Big Sky" returns with a night of double episodes.

Ronald remains on the loose and Cassie and Jenny continue to chase after him, but an old flame is back in town and needs Jenny's help.

Blake Kleinsasser (Michael Raymond-James) finds himself embroiled in a crime and is pulled back into his family's dysfunction. His brother, John Wayne (Kyle Schmid), certainly complicates things for him as well in a battle over who controls the family's ranch.

"He does everything he can to get away from his family, ranch life, and Montana. But of course he is drawn back into it and as a bit of drinker he finds himself in a little bit of trouble, and he can't quite remember exactly what happened so he reaches out to Jenny Hoyt who is an old-flame, first love, and I ask her to help me out a little bit," Raymond-James said.

"He believes he is very deserving of the ranch, and as Blake has taken off he feels that it is owed to him, that he should get everything. But Blake returns, it's dangerous because it threatens what he believes should be his and you see this whirlwind of a demise," Schmid said.

Michelle Forbes, Britt Robertson, Ryan Dorsey, and Omar Metwally also join the cast to round out the first season.