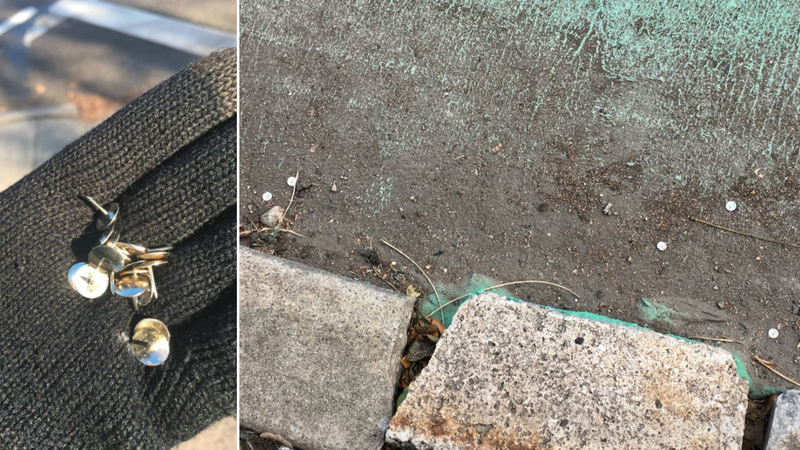 SUNNYSIDE, Queens (WABC) -- A New York City councilman believes thumbtacks were intentionally left in the bike lanes of his district.

Councilman Jimmy Van Bramer says a Sunnyside father was biking with his two children along 43rd Avenue on Wednesday when one of their tires suddenly burst. As the father inspected the wheel, he found three thumbtacks lodged in the tire.

When he took his two kids to school Thursday morning, he found more thumbtacks scattered along the same bike path.

"This represents a new low and a violent and dangerous turn by those opposed to the bike lanes," Van Bramer wrote on Twitter.

Let me be clear: the bike lanes are not going away. I support them. And while people may disagree, the increasingly desperate campaign against them is now riling up the worst elements of our community and inspiring criminal vigilantism.

No matter where you’ve stood on this debate, we should all be disgusted by how negative and now dangerous the opposition against them has become. Now little children have been placed in harm’s way because some will never come to accept that we have bike lanes in our community.

The incident has been reported to police and Van Bramer says he wants officers to investigate it as a criminal act.