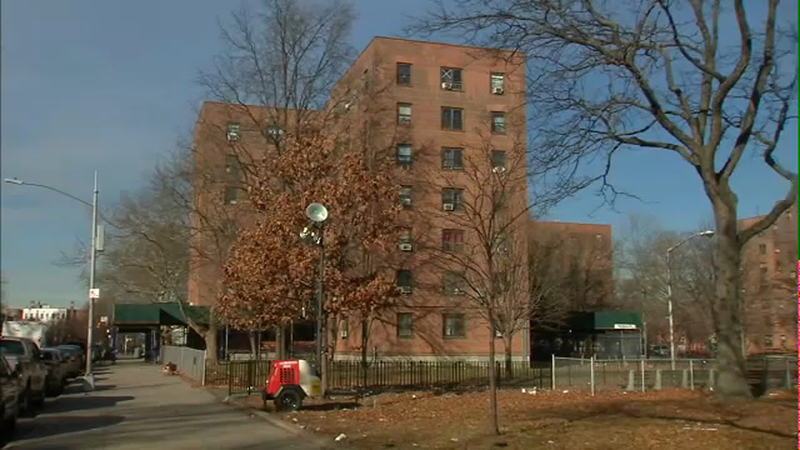 Flanked by members of his administration, local lawmakers and NYCHA residents, de Blasio announced a commitment to repair 62,000 apartments.

The upgrades, involving nearly $13 billion in repairs, will include new kitchens and bathrooms; replacing windows, elevators, boilers and roofs; and improved common areas.

They will be made possible through public-private partnerships, including the Rental Assistance Demonstration program.


All 62,000 apartments will be converted to Section 8 funding and remain permanently affordable, de Blasio said.

The plan calls for maintenance and ongoing operations to be provided by quality private managers.

The approximately 140,000 residents who live in the upgraded units will retain all their rights as public housing residents, pay rent limited to 30% of their income, and remain in their buildings during the renovations.

Last week, a judge issued a pretty extraordinary opinion: he rejected the city's agreement with the federal government to fix NYCHA.

Eyewitness News has been documenting the unlivable and inhumane conditions for years.

There are problems with the heat, cockroaches, rats, leaks, and exposure to lead paint which can cause brain damage in children.

There are tens of thousands of kids living in NYCHA complexes.

Earlier this year, the city entered into an agreement with the federal government to install an independent monitor and they also agreed to spend $1.2 billion on improvements.

But Federal Judge William Pauly listened to residents and decided the situation is so dire and has been for so long that the plan wasn't good enough.

The mother of three says that something has to change.

Her apartment didn't have any heat all last winter and she complained, but a year later it still doesn't work.

"I have to layer blankets upon blankets on the bed and everything just so the kids can stay warm," she said. "That's the only thing I can do."

Eyewitness News obtained pictures of mold in another apartment.

The woman who lives there says she's also dealing with roaches and lead paint.

"The wall peels and they come in with the contractor and supposed to fix it and they never fix it," the tenant said. "Got homes in the wall, peels and peels and peels, my granddaughter, she's 7, and I have to keep her not near the walls because she smells it and she can get that lead poisoning."

The federal judge's scathing opinion also said that NYCHA was guilty of outright deception, lying to regulators about their problems with lead paint and fighting orders to clean it up.