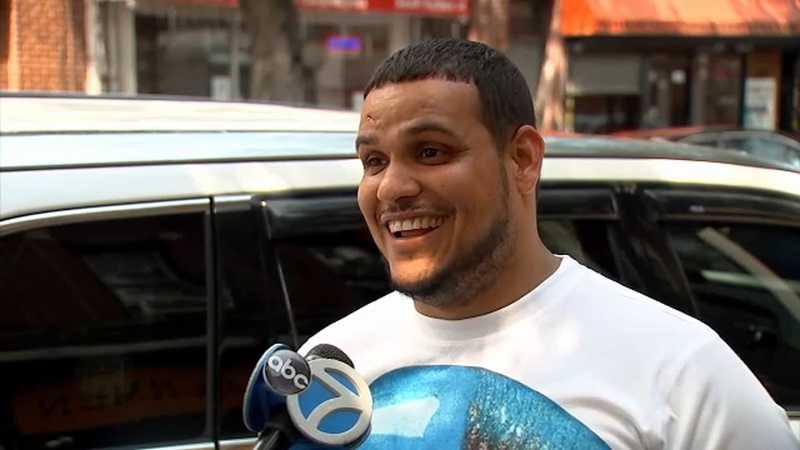 Livery driver coaches passenger as she gives birth in car

BUSHWICK, Brooklyn (WABC) -- A livery driver picked up a couple in Brooklyn to take them to the hospital -- and ended up coaching them through the delivery of their child in the back seat of his car.

Luis Leonardo said he picked the couple up in Bushwick earlier in July as they were on their way to Brooklyn Methodist Hospital in Park Slope.

Leonardo said on Wednesday that his cameras were recording as they always do, and just eight minutes in to the ride, the woman started having contractions.

"A call came up, went to pick them up, the female went into labor, I picked up two and dropped off three -- simple as that," Leonardo said.

Leonardo said he found himself acting as part driver and part lamaze coach as the baby girl popped right out.

"I thought she was playing in the beginning. And when she screams out, 'oh the head is in my hand,' I'm like oh she's serious in this situation," he said.

After the little girl, named Naomi, was out safe and breathing, the couple wrapped her in a blanket and Leonardo kept driving.

He pulled up to the hospital and got the attention of paramedics who whisked her away.

He says the family did help "make it right" after the mess left behind and they all plan to meet up at a block party later this summer.

Leonardo says believe it or not, this is the third time someone has given birth in his car over the last eight years.