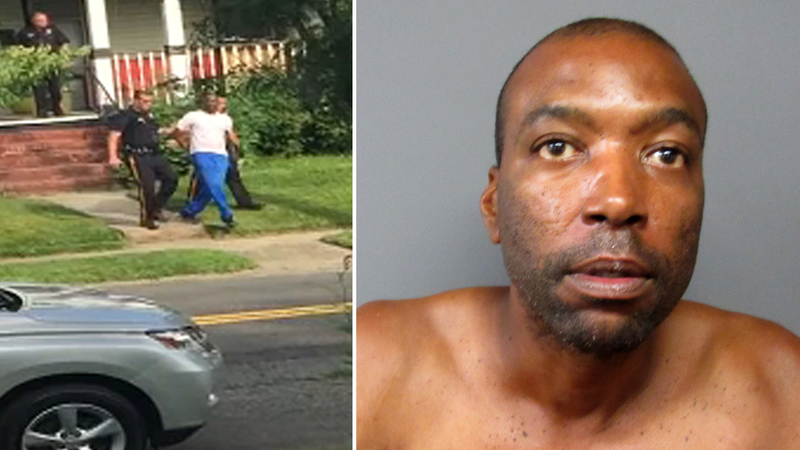 HACKENSACK, New Jersey (WABC) -- A man was arrested after a terrifying and bizarre ordeal in which he allegedly broke into a New Jersey home, took off his clothes and started helping out in the kitchen.

The incident happened Wednesday morning on First Street in Hackensack.

A person who lives in the house told Eyewitness News the man went into the bathroom where a 21-year-old woman was showering. The girl saw him and closed the bathroom curtain.

The woman said she saw the man start to remove his clothes, but he left her alone and didn't touch her.

The woman then ran out of the shower into a bedroom where her younger, 16-year-old sister was watching her 18-month old son. They locked the door and called police.

The teen said she heard a noise outside, but didn't think much of it since the doors to the house were locked.

Officers found the man -- later identified as James King of Jamaica, Queens -- in the kitchen washing dishes, and he told them he was their caretaker.

He was arrested and taken away from the scene in handcuffs. He's facing charges of burglary and lewdness.

See more of what the teen had to say about the terrifying home invasion below:
EMBED More News Videos

Teen shares terrifying tale of an encounter with a home intruder.