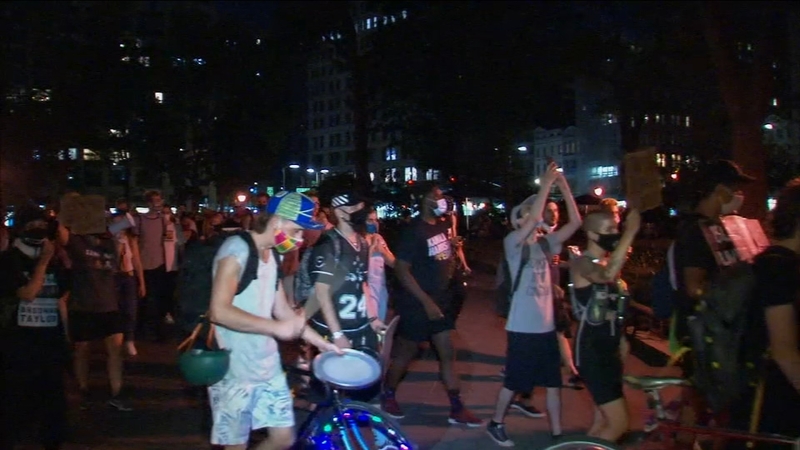 Thousands march in protest of social injustice in NYC

HARLEM, Manhattan (WABC) -- Thousands of activists from the New York area boarded buses early Friday and headed to the nation's capital to commemorate the 57th anniversary of the March on Washington, an anniversary that has taken on new meaning in the wake of the latest police involved shooting in Wisconsin.

Buses lined up before dawn Friday outside the National Action Network headquarters in Harlem to head to Washington DC for the march in favor of social justice and police reforms.

The event commemorates Martin Luther King, Jr.,'s original march nearly six decades ago, when he delivered his family "I Have a Dream" address.

Coverage of the March on Washington

"I'm really excited about the energy that I'm going to be feeling out there and to just be part of history," one participant said. "I just want to be out there to show people that I do deserve freedom."

The march from Lincoln Circle to the MLK Memorial is organized by Rev. Al Sharpton and his National Action Network.

The demonstration joins recent protests seen around the nation following the shooting of Jacob Blake as a new generation confronts the current period of civil unrest.

A 17-year-old suspect is in custody in Illinois after a shooting during protests in Kenosha left two people dead and one injured, the ABC7 I-Team confirms.

There are strict rules regarding social distancing, with thermometer check-in stations and mandatory mask wearing.

Buses from cities or states that are coronavirus hot spots will not be permitted.