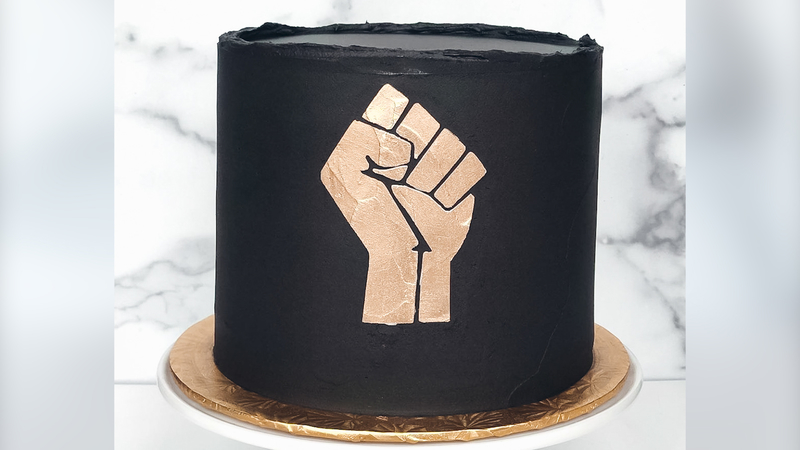 BERKELEY, Calif. -- It all started with a black ganache cake featuring a gold Black Lives Matter fist. Natalie Brown, baker and owner of Natty Cakes in Berkeley, California, posted a photo of her creation on social media, auctioning off the cake with all of the proceeds donated to support the Black Lives Matter movement.

Met with an outpouring of support and multiple bidders, "Do Better Cakes" were born.

"I was trying to think of how in the world is a baker supposed to kind of jump in here, especially a white woman that has a lot of privilege, and that really hasn't dealt with those things kind of head on," said Brown. "I started realizing that where I could really help was giving money to activist groups and people kind of on the front lines."

On her website, Brown began offering buttercream cakes dedicated to raising money for organizations working to end racial injustice. Purchasers can customize the flavor of their Do Better Cake and choose from three different cake designs: baker's choice of marbling with gold "End Racism" lettering, chocolate ganache with a gold heart, and black ganache with a gold Black Lives Matter fist.

Customers will then select an organization to receive 100% of the proceeds, including Anti Police-Terror Project, Color Of Change, Black Visions Collective, Transgender Law Center in Memory of Tony McDade, and National Bail Out.

Go here to purchase a Do Better Cake.