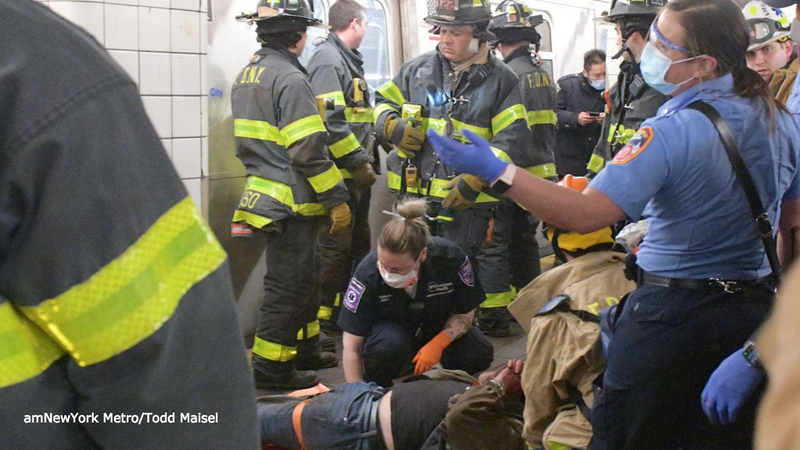 PROSPECT PARK, Brooklyn -- A blind man who fell onto the subway tracks in Brooklyn escaped unharmed after ducking away from a train as it rolled into the station.

The incident was reported Sunday at the 15th Street Prospect Park Station.

The victim tumbled onto the F and G train tracks but Transit Authority said he was able to roll under the edge of the platform before the train came.

An eyewitness says the train's conductor also deserves praise for quickly stopping the train as soon as she spotted the man.

The power to the tracks was shut off and the man was taken to the hospital.

He only suffered minor injuries.