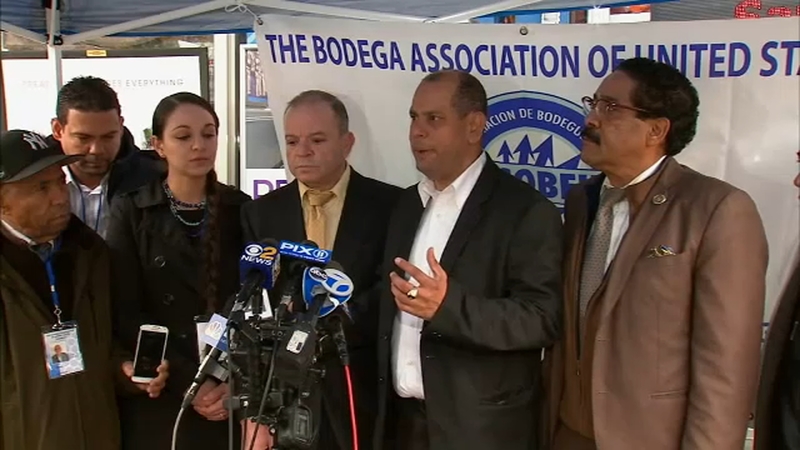 HIGHBRIDGE, Bronx (WABC) -- Bodega owners are banding together to demand more protection from police and the city.

They say crime at bodegas are on the rise and police are often late responding to their calls for help.

A group representing bodega workers asked for better security on Tuesday -- specifically silent panic buttons so they can reach police faster than by calling 911.

"It's something that's happening live, you don't have time for all that and to take care of the problem," Francisco Marte with the U.S. Bodegueros Association said. "It's an emergency."

There are some 15,000 bodegas in the city and owners are seemingly in the spotlight now more than ever.

This summer, one owner sold his store in the wake of protests after the murder of Lesandro "Junior" Guzman-Feliz.

Some in the community believed the owner didn't do enough to protect the teen from gang members who chased him inside.

On the flip side, a different bodeguero in the Bronx was called a hero for sheltering another teen who ran into his store for help.

"Bodegas are an exceptional, different type of place where they distinguish themselves as being the family, part of the community," said Councilman Fernando Cabrera.

Cabrera supports the use of silent alarms and says better job opportunities would lead to less violence.