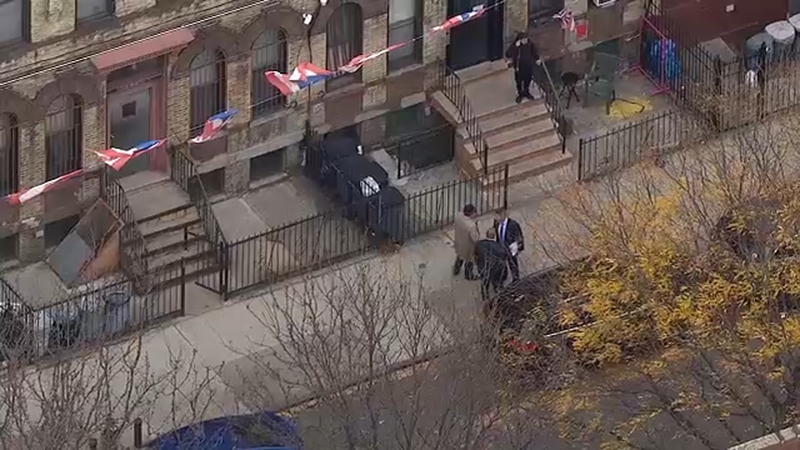 The bodies of a 52-year-old woman and a 45-year-old man were found Friday morning inside a third floor apartment on Menahan Street in Bushwick.

Eyewitness News is told the woman was working as a home health attendant in the apartment when her longtime boyfriend arrived.

The bodies of both were found with a weapon near them by another home health attendant, who was arriving as the dead woman's replacement.

The elderly woman she was caring for, who requires 24 hour attention, was not injured in the apparent murder-suicide.

The dead man and woman had a 16-year-old daughter, who was not present when then incident occurred.

The identities of the victims were not immediately released.