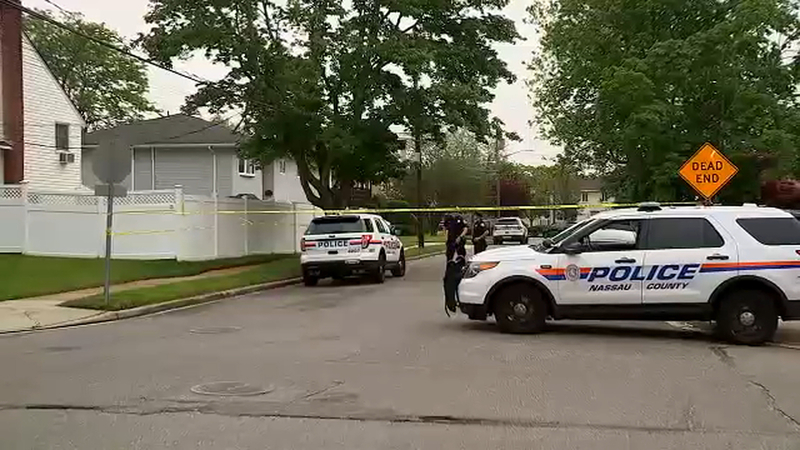 Man stabbed to death inside home in Merrick

MERRICK, Long Island (WABC) -- Police are investigating after a man was found fatally stabbed at a home on Long Island.

Authorities were called to a residence on Elliott Street and Frankel Boulevard in Merrick around 11:45 p.m. Saturday.

He lived with his family, investigators said.

Police say it was not a random attack, and that the attacker and victim knew each other.

There had been an extensive struggle, and the victim had defensive wounds to his hands and arms.

No information has been released about the suspect, and no weapon was recovered.