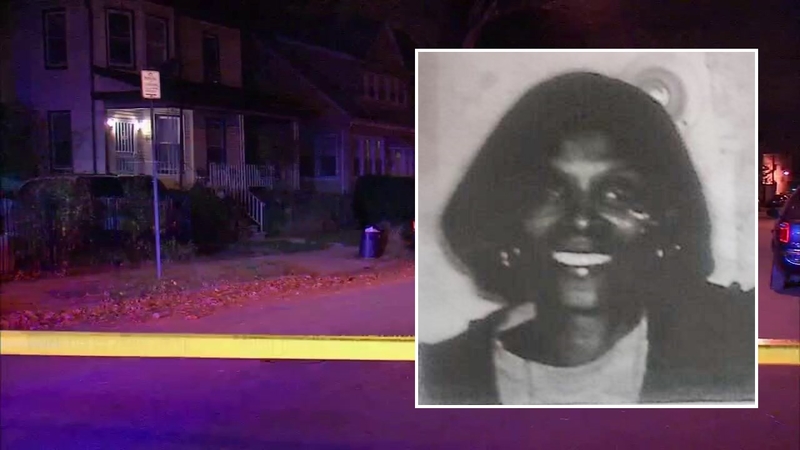 NEWARK, N.J. (WABC) -- A headless body found in the garage of a home in Newark late Monday has been identified as a woman who was recently reported missing.

Neighbors say Pamela Davis barely knew a stranger in this community and was a familiar face to almost everyone on the block.

Her sudden disappearance followed by the gruesome discovery of her body just a couple doors down from her home has family and friends here stunned and desperate for answers as authorities continue their investigation.

"We saw about, you know 16 cop cars here and all the flashing lights and we're like what is going on," a resident said.

A foul smell seeping from a home on the 800 block of South 11th Street quickly brought Newark and Essex County authorities there Monday night.

Inside the garage, detectives made a grim discovery when they found the bound and headless body of 50-year-old Pamela Davis covered in blanket. She went missing from her nearby home just 10 days ago.

"I don't know why it happened, but she was a good person," said James Brown, employed nearby.

"Then we find out and it's just heartbreaking," said Alishia Baptista, next door neighbor.

She was mother of four and neighbors say they routinely saw Davis riding her bike or seeing her youngest son with autism off to school.

"We knew that she was missing because she comes by here every day on her bike or taking the kids to school," a neighbor said.

"Everybody would pull over just to say hello to her and her family her son as well, just it's sad," a neighbor said.

A spokesperson with the prosecutor's office confirms the case is now being investigated as a homicide; however the medical examiner will have to determine the exact cause of death.

Meanwhile, sources tell Eyewitness News a man who rented the home Davis' body was discovered in and who is also a well-known mechanic in the neighborhood is now being questioned as a person of interest

"Very surprised because it was just like he was walking back and forth like it was nothing," a neighbor said.

"He's a sweet man," another person said. "Just to hear that it could've been and it was found in his house is a little weird."

Again this is an active and ongoing investigation and so far no formal arrests have been made.