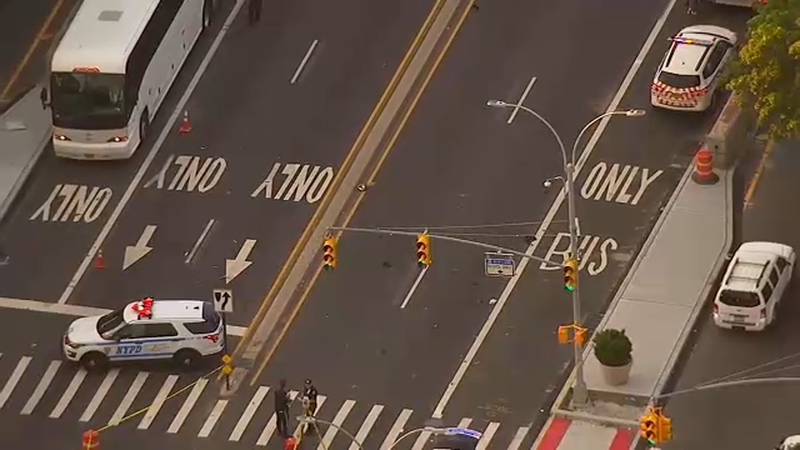 WOODHAVEN, Queens (WABC) -- A man found dead on a roadway in Queens early Thursday appears to have been struck by multiple vehicles, police said.

The 56-year-old man was discovered in the southbound lanes of Woodhaven Boulevard at 91st Avenue in Woodhaven around 5:20 a.m.

Authorities say the body was partially dismembered, indicating it had been run over by several cars, though none of them were located at the scene.

It is also believed the body was dragged for some time.

Kashif Khokhar says the victim lived below him in a house near the scene.

"He was a nice guy," he said. "He didn't talk to anyone that much. He was busy with himself."

Khokhar said the man was from India and worked at a coffee shop. He had moved into the basement apartment about six months ago.

"Sometimes I see him leaving around 4 o'clock," he said. "Sometimes noon, sometimes two in afternoon."

Police are investigating the death as a hit and run.

The car that police believe struck the man was located abandoned several hours later, but the driver was nowhere to be found.

The incident happened just three blocks from where a 28-year-old bicyclist was critically injured in a crash with an SUV one day earlier.