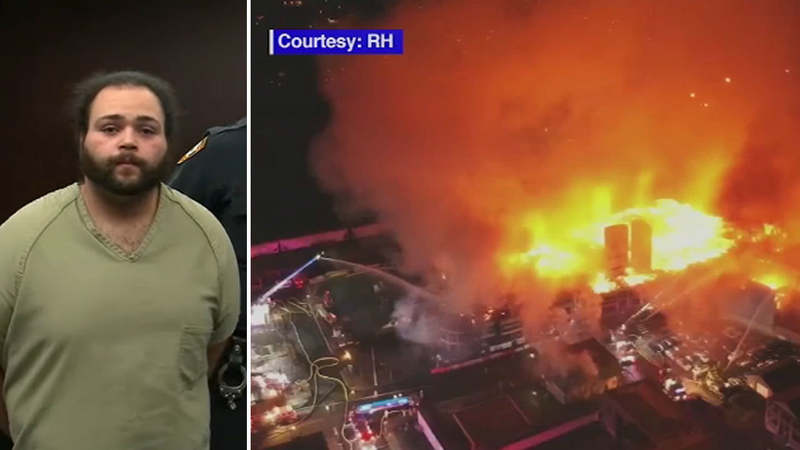 BOUND BROOK, New Jersey -- A community in New Jersey working to rebuild after a raging seven-alarm fire that destroyed several buildings got a bit of good news Thursday.

"Really, up until a couple hours ago, there was still a lot of debris from the fires," Town Administrator Hector Herrera said. "Glass, nails, other unsafe objects."

Herrera says the street was closed so long simply because it wasn't safe. The fire started at the six story Meridia Downtown Development, where demolition and removal of debris was just completed last week.

"You needed to make sure that all of that came down and no one was around," he said. "You don't want anyone to get hit by any construction debris."

But some business owners along Main Street say reopening the road has taken way too long, and their businesses have suffered because customers could no longer easily get to them.

Liquor store owner Harry Patel is confident he'll bounce back, even though he's lost an estimated $30,000. But a few doors down, convenience store owner Anil Jain says he lost 75% of his business.

"We look at it one month, two months, we have to go out," he said. "We cannot afford the expensive, very expensive, everything."

In all, officials say there was more than $51 million worth of destruction in the fire. No injuries were reported, but the Red Cross said they were helped 24 people from 11 families displaced by the fire.