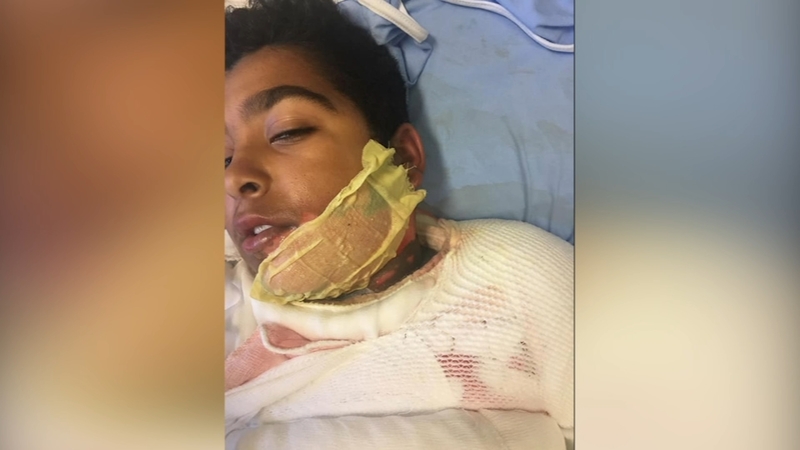 FRESNO, California -- "They're good buddies. They are known to kind of play tricks on each other back and forth, and it appears maybe this went a little too far."

Elaina Boyd remembers the horrific moment Sunday morning when her 12-year-old son, Antonio Kemp, came banging on the front door after spending the night at a friend's house.

"His skin was hanging off of his body, boils were around his face, and he was running through the house screaming in pain saying I need help, I need help," Boyd said.

Boyd says her son continued to holler, telling her his friend had thrown something on him while he was in the shower.

"They don't know if it was a chemical or if it was water, hot boiling water. They said we don't know, but there's some type of burn on him," she said.

Antonio has been in intensive care and has a long road ahead. Boyd says he just had surgery and will need to recover from more than just burns.

For now, the Fresno County Sheriff's Office is still investigating. It's unclear what exactly happened and if charges will be filed.

"Our job is to just collect all the facts and submit it and give it to the Districts Office and let the DA and the family work it out and see if they want to go to the next level and pursue a criminal complaint," said Fresno County sheriff's spokesperson Tony Botti.

The department says it could just be a case of boys being boys.

The sheriff's office says if charges are filed, this could be treated as a felony charge, depending on what the department gathers.