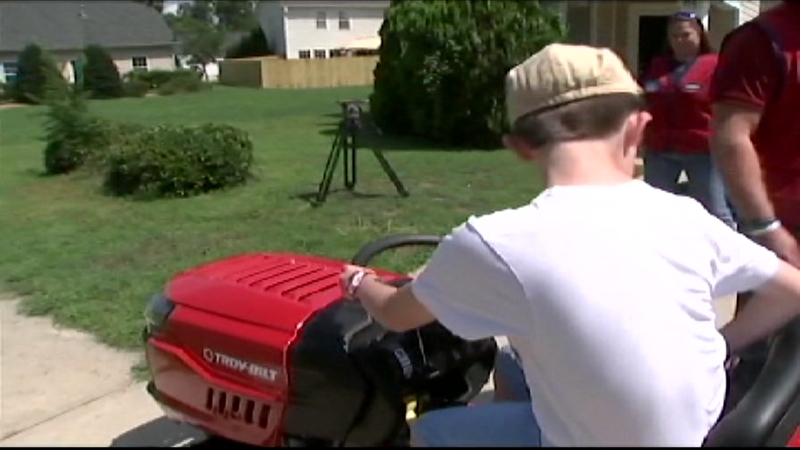 MONROE, N.C. -- Deputies are still looking for a teen who they said robbed a 9-year-old at his lemonade stand over the weekend.

Officials said Mark David, 9, was running a neighborhood lemonade stand to raise money for a lawn mower when a male teenager, wearing a camo hat and black shirt, held him at gunpoint, demanded money and then ran away with the cash box.

"I opened the box, he grabbed it, pushed the gun at me and ran away," David said

"It's pretty cool what you're trying to do at such a young age, and tell you what, it's pretty awesome to be a part of it," Lowe's store manager Chris Beatty said.

Deputies do not have a good description of the thief but are hoping to track him down with surveillance footage and possible DNA tests.