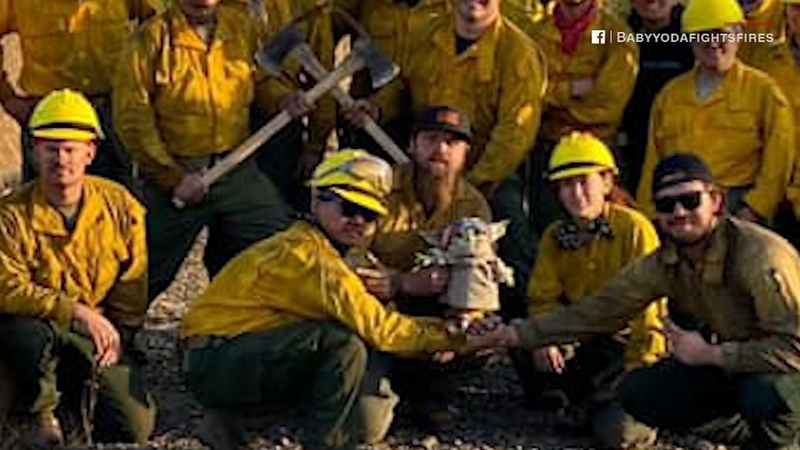 A team of firefighters in Oregon has a new member with Jedi powers helping them battle the ongoing fires.

The force is with them thanks to 5-year-old Carver, who has a heart of gold.

Carver, a young Star Wars fan, sent the Baby Yoda doll to the crews as part of a donation drive. According to WMTW, the 5-year-old wanted to help once he learned about the wildfires in his state.

Part of his donation drive included the doll in a care package to firefighters, along with a note that read, "Here's a friend for you in case you get lonely."

It was a gift that the heroic responders sure loved. Baby Yoda is now force-fighting fires with crews on the front lines.

Since it started, the page already has more than 25,000 followers.