Diana Rocco reports on the victims of the plane crash in Windsor Locks, Connecticut.

WINDSOR LOCKS, Connecticut (WABC) -- Officials on Thursday identified all the victims who were either killed or injured in the deadly World War II-era plane crash at Bradley International Airport in Connecticut.

The investigation is continuing after the B-17 exploded in a fireball as it attempted to land Wednesday morning, leaving seven dead and seven hurt.

There were 13 people on board, 10 passengers and three crew. Additionally, one person on the ground in the maintenance facility was injured. The victims were identified as:

Riddell, an insurance analyst from East Granby, Connecticut, was the first person publicly identified as a crash fatality. His wife Debra confirmed his death and said they were planning on celebrating their wedding anniversary in a few weeks.

"Rob was the best person I've ever known," she said in a statement. "He was my soulmate. I will miss him beyond words can ever express. He loved his children more than anyone could know, and the new grandson was the apple of his eye. He embraced my daughter and grandchildren and loved them as his own. He was brilliant, loving, funny, reliable, compassionate and the best man I've ever known. The world lost an amazing person today. My heart goes out to the other people that lost loved ones but especially the people who survived this crash Thank you for your support and love."

Mazzone, of East Windsor, was a history and military buff, according to his son, Daniel Mazzone. He didn't know of his father's plans to ride the B-17, he said, but knew why he would be interested.

"I think he just wanted to see what it was like to be in the back of a B-17," Daniel Mazzone said. "He loved World War II. He loved people who served this country in any capacity."

Mazzone, a father of three children and two stepdaughters, retired in January as a prosecutor's office inspector and previously was a Vernon police officer for 22 years.

"We're all very sad ... and we're very sad for his family," Chief State's Attorney Kevin Kane said. "He was a good investigator. He was a good inspector. And he was a very good and helpful colleague."

The same B-17 that crashed overran a runway after attempting to land in Beaver Falls, Pennsylvania, in 1987. There were 12 people on board that flight, three of whom were injured.

The NTSB has launched an investigation, with a look into the history of the plane.

"That is a question we have asked, specifically for how many times it was flown prior to today along with the number of hours it has flown," the NTSB's Jennifer Homendy said.

Sister station WPVI-TV in Philadelphia also profiled the exact same plane, when a 98-year-old WWII veteran boarded the aircraft for his first flight in 75 years. 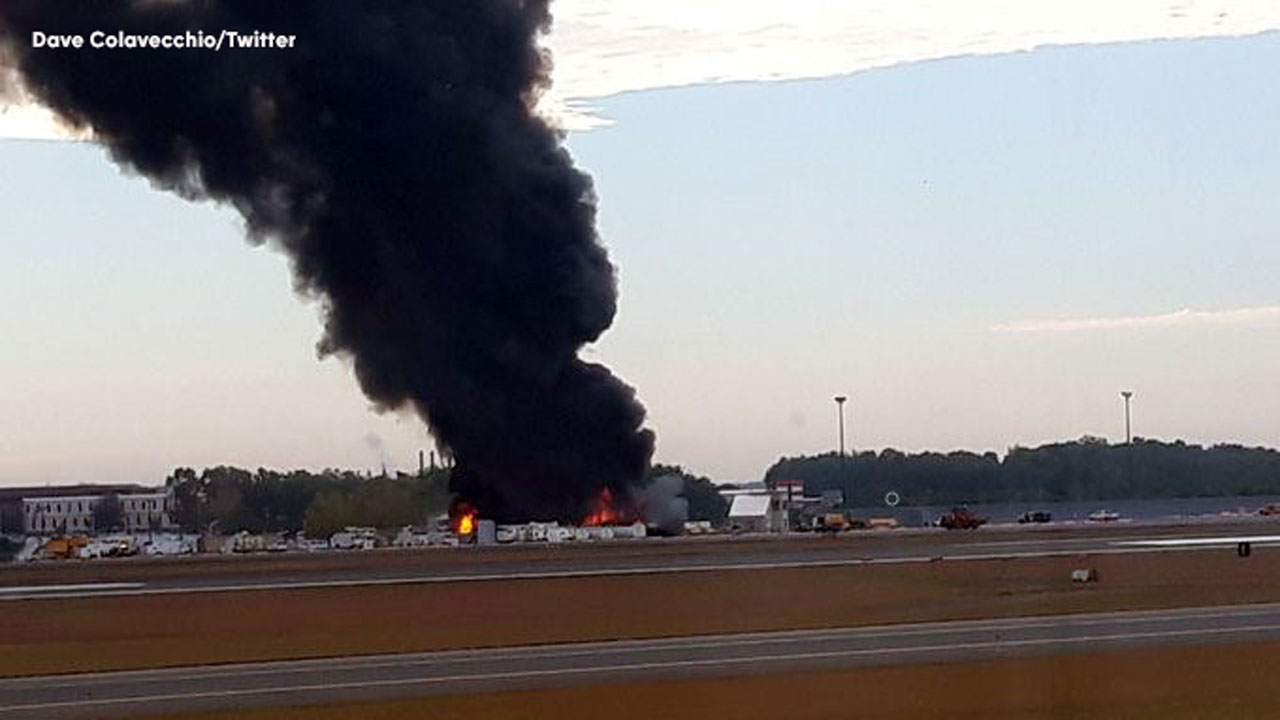