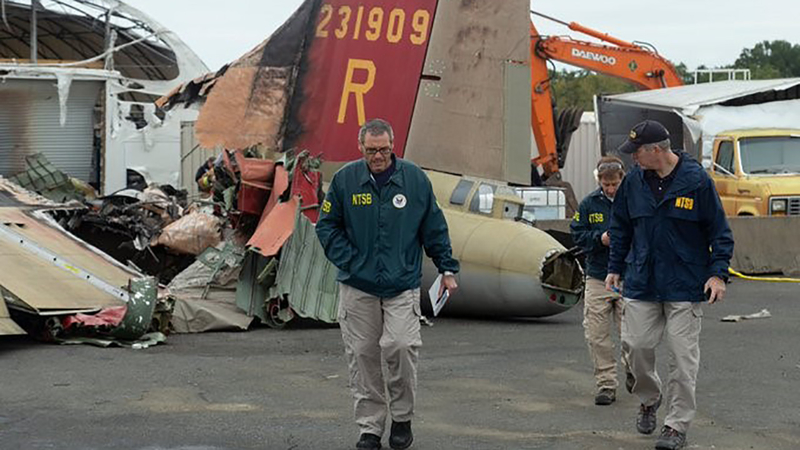 WINDSOR LOCKS, Connecticut (WABC) -- Seven people were killed and seven injured when a World War II-era plane crashed in a fireball at Bradley International Airport in Connecticut Wednesday, and stories are beginning to emerge about the heroic actions of some who may have prevented the death toll from being even higher.

There were 13 people on board, 10 passengers and three crew. Additionally, one person on the ground in the maintenance facility was injured.

Officials said a National Guard commander who was a rear passenger on the plane sprung into action after the crash despite suffering a broken arm and a broken collarbone.

Chief Master Sgt. James Traficante was able to open a hatch on the aircraft, allowing passengers to exit after the crash.

He currently serves as the 103rd Airlift Wing's command chief master sergeant and also serves as a volunteer firefighter with the Simsbury Fire Department.

He is recovering at home after being released from the hospital.

He was treated at an area hospital and released.

Meanwhile, an employee in the Bradley International Airport de-icing building ran over to the plane and dragged passengers out.

Andrew Sullivan suffered severe burns on his hands and arms.