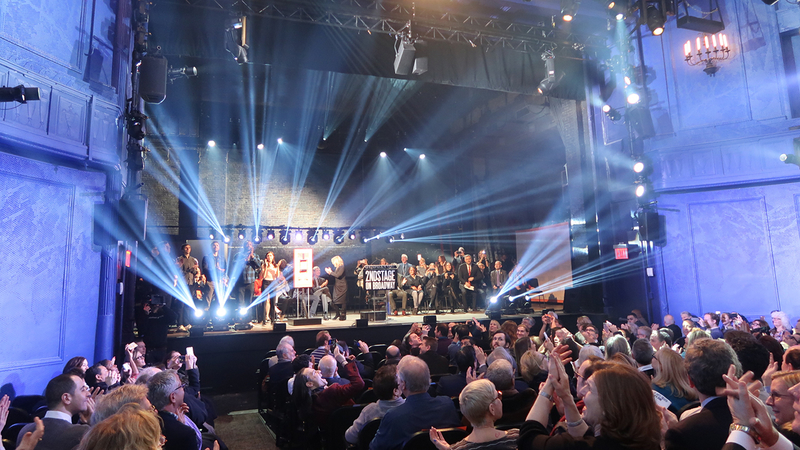 NEW YORK (WABC) -- Broadway's smallest theater is one of the finest after a non-profit theater group brought The Helen Hayes Theater back to life with tens of million of dollars from the city and private donors.

The Broadway beauty has been re-born thanks to the non-profit Second Stage Theater company which has brought a tradition of diversity from Off Broadway to what was once called The Great White Way.

The playwright, Lynn Nottage, who won the Pulitzer Prize for Drama last year for the second time, says this company is, "dedicated to work by living playwrights with an emphasis on celebrating work by women and people of color," and she thinks, "there are very few Broadway theaters around that have made that same commitment." As the first woman ever to win two Pulitzers in Drama -- she oughtta know.

On hand to see the 'Helen Hayes' come back to life were the stars of the theater's first production in the renovated space. Chris Evans, best known for playing "Captain America", and Michael Cera will open in Kenneth Lonergan's play "Lobby Hero" in less than a month.

This after a transformation overseen by a Board of Directors that includes Brooke Shields. "The beauty of what they've done here," she says, "is make it accessible to communities that don't necessarily go to theater or who have not been introduced or can't afford theater."

Tony Goldwyn from ABC's "Scandal" has been active in Second Stage since 1992. "We have some incredibly committed and passionate and generous donors who understand how much the theater means to New York City, and, the 'Helen Hayes' is a gem."

With one eye on the past and another on the future- all involved took Broadway's smallest theater back to the future, and just like the old show tune goes: "bit-by-bit" - Artistic Director Carol Rothman and her crew are "putting it together!"

"Broadway was the right home for Second Stage," Ms. Rothman told the audience at the unveiling, adding that, "our commitment to living American writers" remains firm.

Buying and restoring this gem was a process that took a decade, but the wait was worth it. It's hard to imagine a more elegant experience than going to this brand new space to see the best American plays.
Report a correction or typo
Related topics:
arts & entertainmenttheatersandy kenyonbroadway
Copyright © 2021 WABC-TV. All Rights Reserved.
TOP STORIES
GoFundMe started for Asian woman attacked with rock in NYC
Arrest made in woman's death from fall down subway stairs
State of Emergency issued in NY to help boost hospital capacity
Eyewitness News Evening Update
Girl paralyzed in porch swing accident now helping other injured kids
What is omicron? What to know about new COVID variant
Christina Applegate shares message on 50th birthday after MS diagnosis
Show More
Man arrested after fatal stabbing in lobby of NYC apartment building
AccuWeather: Potential snow showers
Islanders games postponed due to COVID cases
UK, Germany, Italy report cases of new omicron variant
Half of NY's $2.4B in rent aid held up 6 months after launch
More TOP STORIES News