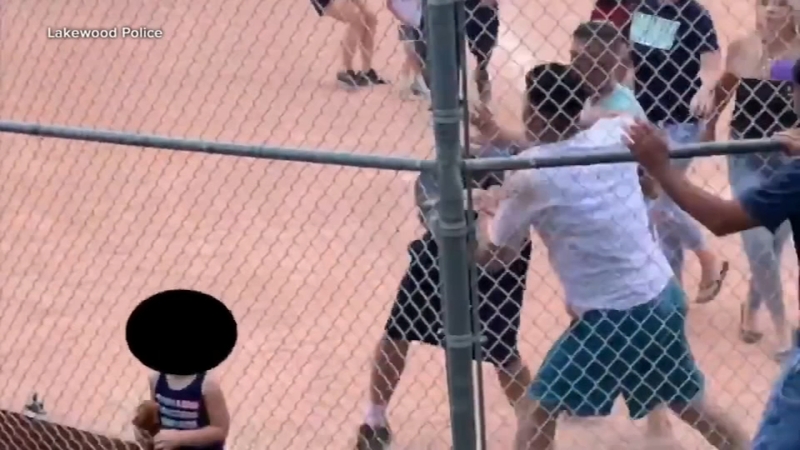 LAKEWOOD, Colo. -- Police are searching for at least one parent after a brawl caught on camera led to serious injuries at a youth baseball game in Lakewood, Colorado.

The brawl caught on camera broke out on the field at Westgate Elementary School last Saturday after a call made by the umpire who is just 13 years old.

The video shows one man come up from behind to throw his arm around another person before nearly half a dozen parents rush to the fence throwing punches. Parents barely rushed their kids to safety as a man in a white shirt and teal pants is seen grabbing another man's shirt and hurling punches at him.

Then, as other parents fight, that same man in the white shirt and teal pants sucker punched the man again and knocked him to the ground.