Brian Benjamin sworn in as lieutenant governor of New York 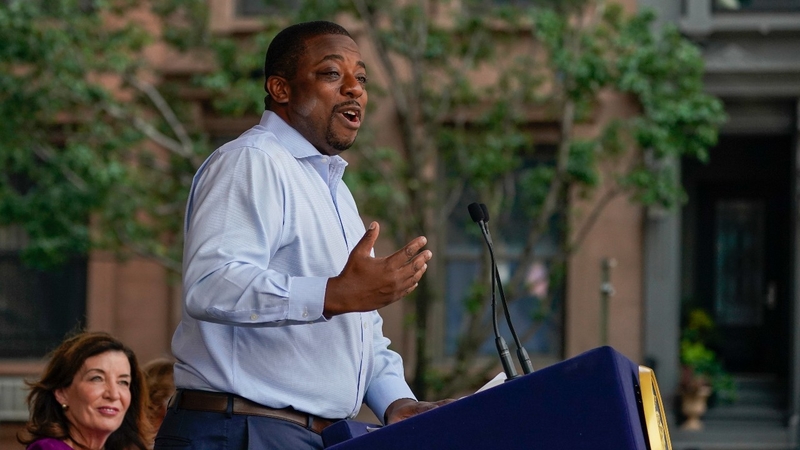 Brian Benjamin sworn in as lieutenant governor of New York

"You asking me to join the administration is making it abundantly clear that you want upstate and downstate, every ethnicity, every culture to feel included," Brian, formerly a state senator from Harlem, said after taking the oath of office at Hochul's New York City office.

Hochul, the state's former lieutenant governor, took over as governor on Aug, 24 following Andrew Cuomo's resignation over sexual harassment allegations that he has denied.

Hochul is the first woman to serve as the state's governor and a Democrat from western New York. She pledged to choose someone from New York City to be her lieutenant governor. She announced her choice of Benjamin on Aug. 26.

Hochul praised the 44-year-old Benjamin as an example of the American dream, saying he "started out with little, rose to where he is today but now turns back and doesn't think about himself, he thinks about how he can serve not just his senatorial district but now he'll be helping me serve 20 million New Yorkers."

Benjamin, a graduate of Brown University and Harvard Business School, ran unsuccessfully for New York City comptroller this year. He has served as senior assistant majority leader in the state Senate and chair of the body's budget and revenue committee.

A special election will be held to fill his Senate seat.