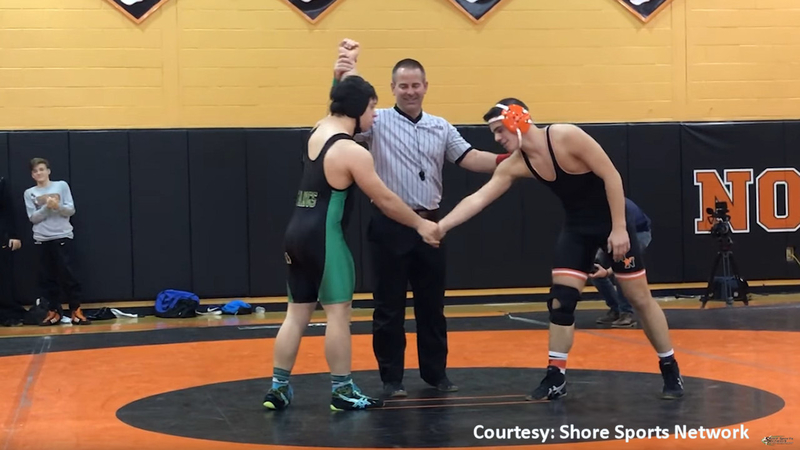 David Richards pinned his opponent in a minute flat to the cheers of teammates, coaches and his parents.

David has Down syndrome and spent years practicing for that moment.

A YouTube video shows what is amazing about athletes with huge hearts and how competition can teach compassion and boost confidence.

"I saw you flip that guy, was it hard?" Eyewitness News asked.

"It was tough and it was good," David said.

"The atmosphere in the gym was priceless to see how the place erupted when David got his first fall," said Mike Kiley, wrestling head coach. "It was great."

He volunteered for the bout, and gave David, who obviously soars in the face of Down syndrome, an awesome experience, a win.

"A big kudos to the other coach and wrestler," said Tim Brennan, assistant coach. "Without them it would not be possible."

At practice, everyone gives their all and they expect the same from David.

"He brings energy, you tired, you look at David, you're happy to push a little harder than you would if he were not here," said Gianni Ghione, David's teammate.

"We hold him to the same standards and we look for him to improve and work harder the next day," a teammate said.

"Yes, I sweat because I work harder," David said.

It has paid off.

You can bet, Middletown North is teaching their guys the same high standards, the life lessons that go beyond the mat.