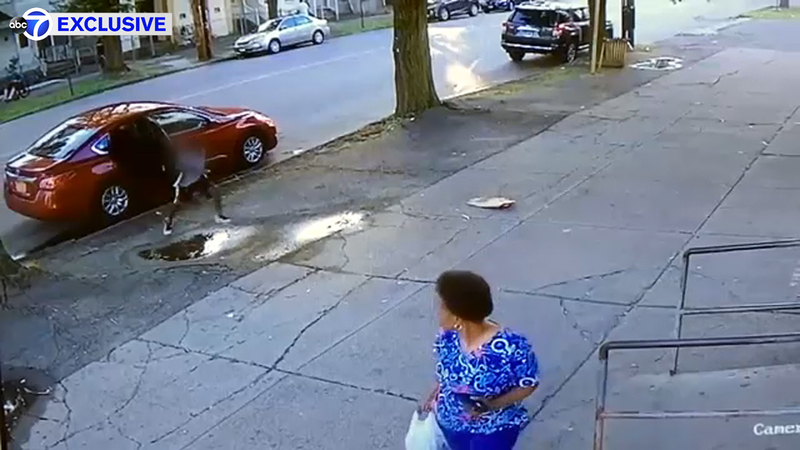 BRIDGEPORT, Connecticut (WABC) -- Surveillance video obtained exclusively by Eyewitness News shows the harrowing moments in which a car was stolen with two children inside in Connecticut Thursday night.

The video shows Jovenky Alcide entering a Jamaican restaurant near Benham and Park avenues in Bridgeport to pick up food, leaving his 10- and 5-year-old sons in the vehicle.

Marcus Solis reports on the carjacking in Bridgeport.

The suspect, identified as 25-year-old Javon Gaymon, is seen watching him enter the business. He then hops in the driver's side, prompting the 10-year-old to flee the car moments before Gaymon pulls away with the 5-year-old still inside.

The boy runs to his father, and the two are then seen chasing the car down the street.

The suspect reportedly let the boy out a few blocks later and continued driving the stolen car. 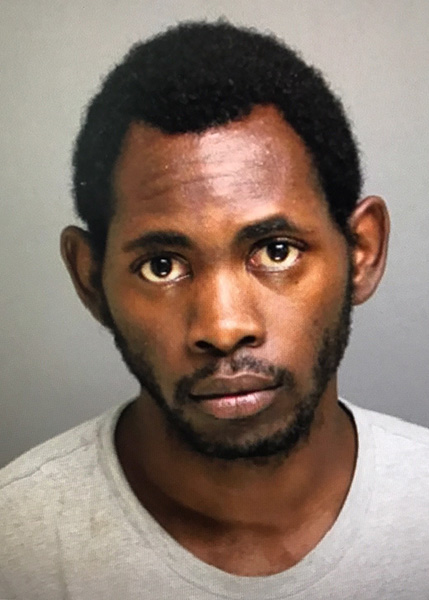 "I can describe how..much effort the police officers in Bridgeport and all over the city put into it," Alcide said. "The service was quick. The response was amazing."