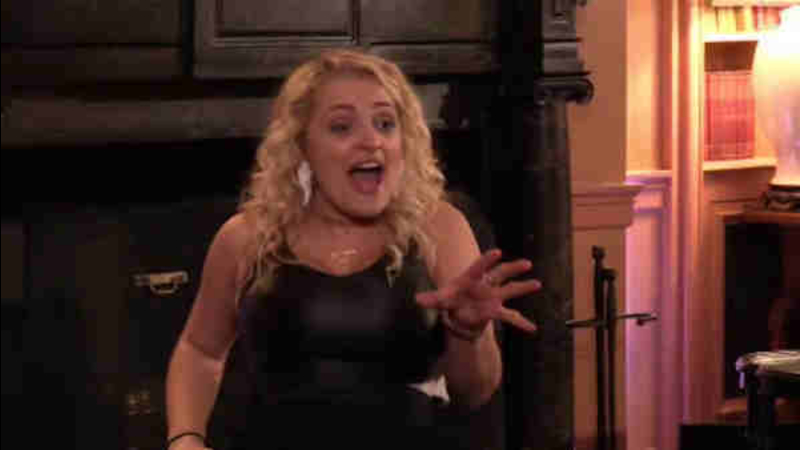 NEW YORK (WABC) -- A singer and actress from New Jersey who was paralyzed from the chest down is breaking down barriers on the Great White Way.

Ali Stroker grew up in Ridgewood and figured out she wanted to act when she was in the 4th grade and played the lead in a school musical.

Her story is especially inspiring because of the obstacles she faced.

"I have something to offer," she said. "I'm different, and I have to pave my own roads."

Stoker recently appeared in a show in Manhattan, part of the Salon For Change series that raises money for charity. And one of those charities it helps is an organization called Life Rolls On, a group that recently took her surfing.

At 29, Stroker is both a star and a pioneer. She was the first person in a wheelchair to appear on Broadway. And the production of "Spring Awakening" last year was the culmination of a dream that began when she was a child.

"When people tell me no, I want to prove them wrong," she said.

Stroker has been in a wheelchair since an auto accident left her without the use of her legs when she was just 2 years old.

"I don't know what life is without challenges," she said.

The actress first gained wide attention on FOX, after she won a part on "Glee" following a stint on "The Glee Project." But she actually got her start thanks to ABC.

"I did the ABC diversity showcase," she said. "And it gave me the opportunity to make connections with people in the industry."

Today, she hopes to help others and pave the road for more disabled actors who want to be on Broadway.

As the song she loves to sing says, "Don't stop believin.'"