'Spring Awakening' back on Broadway with a twist: Half the cast is deaf 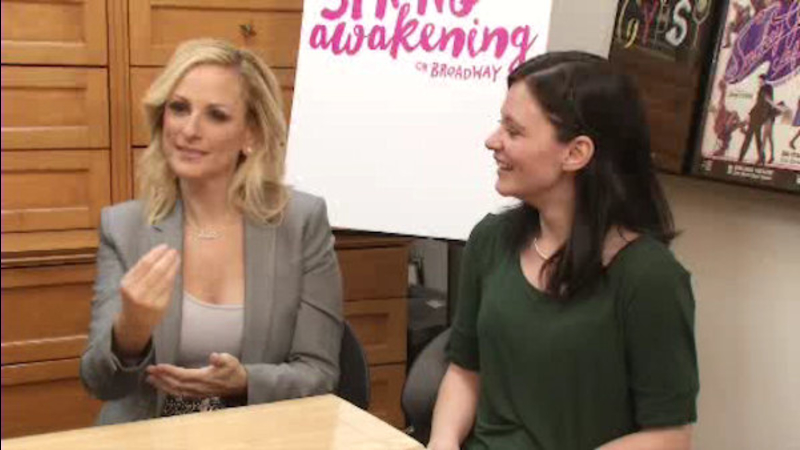 'Spring Awakening' with a new twist

NEW YORK (WABC) -- With a total of eight Tony Awards, "Spring Awakening" is one of Broadway's biggest hits. Now, the show is back and with a twist: Half of the cast members are deaf.

The new production gives the story of adolescent rebellion more depth, as the play has a modern spin with an added rock score that makes an old 19th Century play a musical fit for the 21st Century.

The bridge between two generations is built with music that the two stars can't even hear.

Frank and Matlin -- alongside their sign-language interpreters -- sat down for an interview with entertainment reporter Sandy Kenyon near the theater where both are appearing in the show.

"In a lot of ways, she reminds me of me when I was younger," Matlin said.

Matlin was just 21 when she won an Oscar for "Children of a Lesser God," and the married mother of four has barely stopped working since.

Matlin didn't say yes to "Spring Awakening" right away, because the admits she was terrified. But after some thought, she agreed, figuring she had just turned 50 and it seemed a great way to celebrate.

"She's my role model," Frank said. "She's been giving me so much great advice."

Their rapport is evident even though the two don't often share the stage in a musical with a sexual awakening at its heart.

The Deaf West production company, based in Los Angeles, wanted to have actors who could sing alongside those who could not.

"The goal of that company is to have deaf and hearing actors," Frank said. "To work together, just to show what they can do."

"We are just in love with what we do," Matlin said. "We are grateful for the work that's been given us."