Lessons learned from Junior's death: Bronx bodega employees step in to save teen 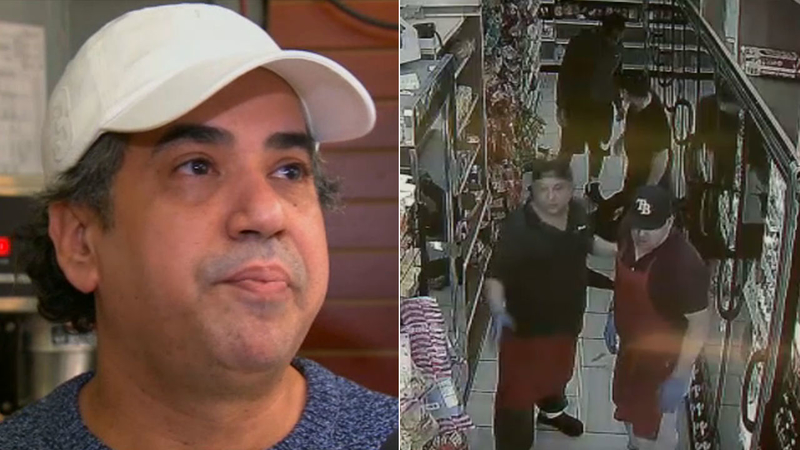 Bodega owner, employees step in to save teen from being attacked

HIGHBRIDGE, Bronx (WABC) -- The Bronx deli owner who stepped in to stop a savage beating on a teenager in his store was determined to not let history repeat itself after Junior's murder this summer.

The 16-year-old victim entered the 2056 Deli Grocery on Ogden Avenue on Tuesday and ran toward owner Edward Lara and asked for help.

A group of suspects ran into the store behind him and started to beat the teenager. That is when Lara and two of his employees jumped into the melee to pull the attackers off the teen and push them out of his store.

The deli owner said the scene was eerily similar to the attack on 15-year-old Lesandro "Junior" Guzman-Feliz who was killed outside a bodega in June.

Lara said he and his employees were not going to let the same thing happen again.

"I tried my best to help him, and not repeat what we saw a few months ago," Lara said. "You know, he's a human being and I never saw that boy before. He asked for help and we tried out best to do it."

Moments before the brutal attack, a gun was fired right outside the store and a 56-year-old bystander was shot in the leg.

Both he and the teenager are stable.