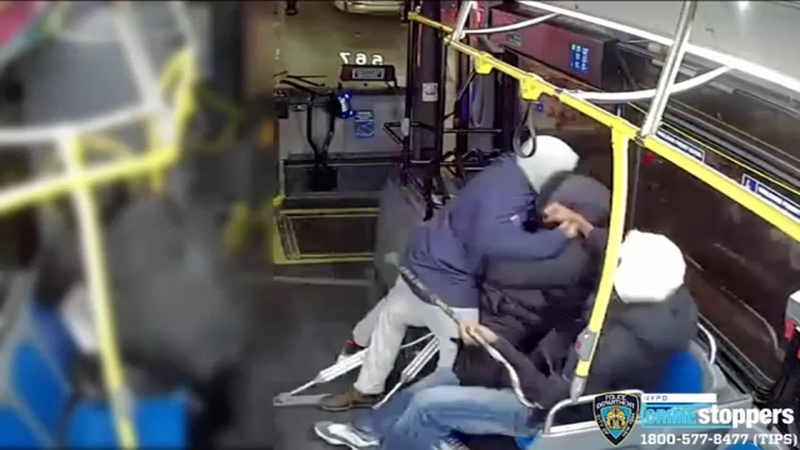 BRONX (WABC) -- Police are searching for two men involved in a brutal fight on an MTA bus in the Bronx.

Police say it started after the two men boarded at East Gun Hill Road and White Plains Road, when one of the suspects bumped into the victim, sparking an argument.

That's when the two men started attacking the 50-year-old man, who appeared to be using crutches.

They punched him several times before running off at Boston Road and Bruner Avenue.

The victim, who suffered pain and swelling to his face, was treated at the scene by EMS and later sought medical attention at Montefiore Medical Center.

OTHER BRONX NEWS: Woman shot through wall of Bronx apartment during snow storm