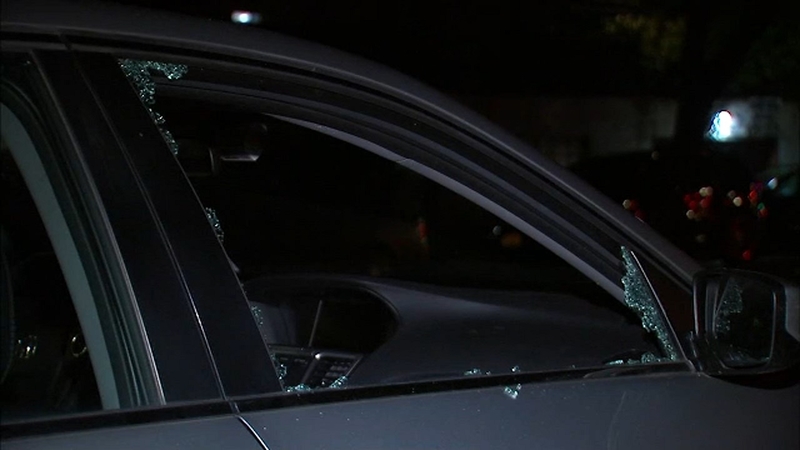 RIVERDALE, Bronx (WABC) -- Car owners are angry after nearly a dozen cars were vandalized in the Bronx.

One car after the other had smashed windows and valuables stolen in Riverdale.

Jill Varrichio, who was in the neighborhood caring for a sick relative found her window bashed in for the second time in three months.

"I don't know what they're looking for. It's just - you feel violated, that's all," said Varrichio.

On Broadway - it was the same scene as Jovani Joseph taped up his own car.

Police are still counting the number of cars targeted sometime Friday along Broadway in the 250s, and on Fieldston Road in the usually quiet, suburban-style neighborhood in the North Bronx.

Police say the vandals got away with some valuables left in plain sight, but in many cases, there was nothing to steal - but it didn't stop their spree. The vandals left mountains of glass and huge headaches behind.

"I just think it's ridiculous. People spend their time working hard for their things, and then other people, they're lazy and they want to take it from others. I think it's kind of lame," said Joseph.