4-alarm fire tears through Bronx home, spreads to 2 others 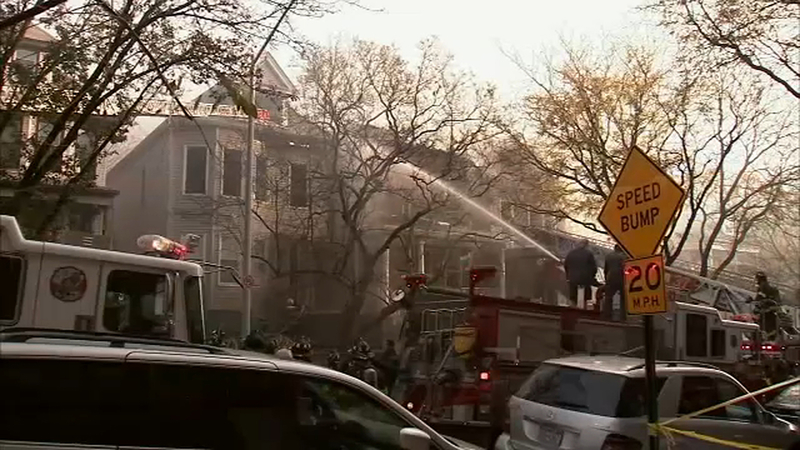 Families displaced by fire in the Bronx

NORWOOD, Bronx (WABC) -- Dozens of firefighters responded to a four-alarm fire that tore through three buildings in the Bronx Tuesday.

Flames broke out around 2 p.m. at a three-story dwelling on Hull Avenue in the Norwood section quickly spread to the neighboring structures on either side.

More than 140 FDNY firefighters were on the scene as they attempted to contain the blaze.

Lucy Yang reports on firefighters battling 4-alarm fire in the Norwood section of the Bronx.

One injury was reported, but there was no word on that person's condition.

"I was inside the house, and I heard the window (explode) and I see a lot of people outside," said one tenant who stood outside with a small dog wrapped in a towel. "And I smelled a lot of smoke."

The Red Cross was on the scene assisting displaced residents.

FDNY Fire Marshals said that the fire was caused by an unattended candle and that there was no working smoke alarm. It was deemed to be accidental.