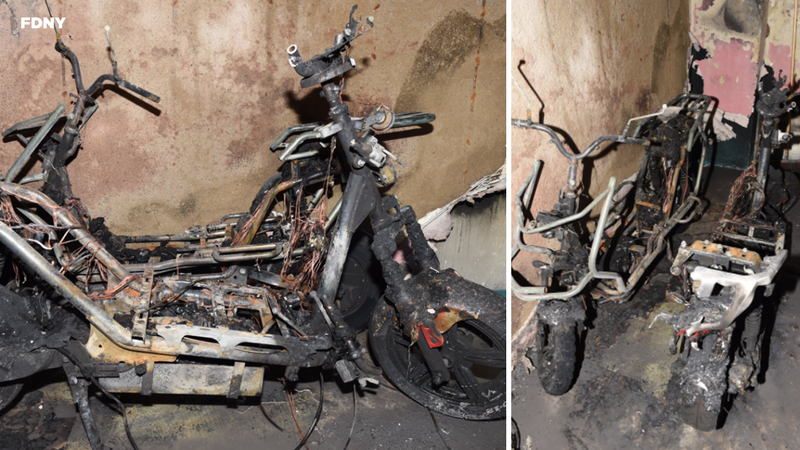 The fire burned through the Watson Avenue building on Tuesday morning in the Soundview section.

It started on the 5th floor of the building.

A dozen people were hurt, and a 4-year-old boy is among those in critical condition.

"There was heavy smoke and fire coming out several windows, with several occupants calling for help from the inside," an FDNY spokesperson said. "Members made a push and removed people from both the exterior and the interior, with both the tower ladder and through the inside, removed several occupants from the fire apartment and the adjoining apartments. They were removed and handed off to EMS for treatment."

Four children were injured, including the 4-year-old. Also in critical condition are a 42-year-old man and two women, ages 41 and 33.

FDNY Fire Marshals ruled the fire to be accidental, caused by a lithium ion battery from an electric scooter stored in the living room.

There were no working smoke alarms in the fire apartment.