AP
By MICHAEL BALSAMO
MORRIS HEIGHTS, N.Y. -- A woman charged this week with tossing her newborn daughter to her death from a seventh-story window had an infant son die seven years ago, and prosecutors are now reviewing their investigation into his death, authorities said Wednesday.

The 2 1/2-week-old boy was found dead in the basement of Jennifer Berry's home in 2008. A medical examiner ruled he died of natural causes related to sudden infant death syndrome.

But prosecutors in Westchester County decided to look back at their probe into the boy's death after Berry was charged Tuesday in the Bronx with tossing her baby daughter from the window of her boyfriend's apartment.

"In light of what has transpired, we will be reviewing that death again," said Lucian Chalfen, a spokesman for Westchester County District Attorney Janet DiFiore.

In her most recent pregnancy, Berry's family and friends didn't even know she was expecting, authorities said. She told them she had miscarried, police said.

The 33-year-old from Yonkers was charged with murder and manslaughter in the girl's death Monday. The baby hadn't been alive long enough to be named, prosecutors said.

When police showed up at the Bronx apartment building in the quiet, residential neighborhood of University Heights on Monday afternoon, they found the girl's body in a garbage-filled alley behind the building.

Berry was questioned for hours by detectives and initially denied she was pregnant before saying she had given birth in the shower, authorities said. She claimed the newborn wasn't breathing when she threw the baby - and the placenta - from the window, police said.

But prosecutors say she knew the baby was alive when she threw her, umbilical cord still attached, into the alley below. The medical examiner said the baby died from blunt force trauma in the fall, meaning she was born alive.

Berry appeared in court late Tuesday and pleaded not guilty to the felony charges. Her attorney didn't immediately respond to a message seeking comment.

"There was air in the lungs. This was a healthy baby girl," Barker said in court, according to the Daily News of New York.

As authorities continued their investigation, neighbors passed crime scene tape that was still tied to banisters in the seven-floor apartment building, and others left small keepsakes in a makeshift memorial in the lobby.

"Why did she do this? I'll just never understand," said Lourdes Ayala, who lives down the road. "It tugs at your heart as a mother. I just couldn't believe it. There are just no words to describe how horrible it was."

A cardboard box that held a small teddy bear, flowers and a bottle had a handwritten note that read: "Came into this life unknown, not knowing what would happen to me, I didn't have a chance. May her soul rest in peace with God."

The city's Administration for Children's Services is investigating the circumstances that led to the baby's death.

Berry briefly worked for the child welfare agency from July 2007 until January 2008. The first three months were in classroom-style training, and the rest of the time was spent as a trainee and had limited interaction with families. It's not clear why she stopped working there. 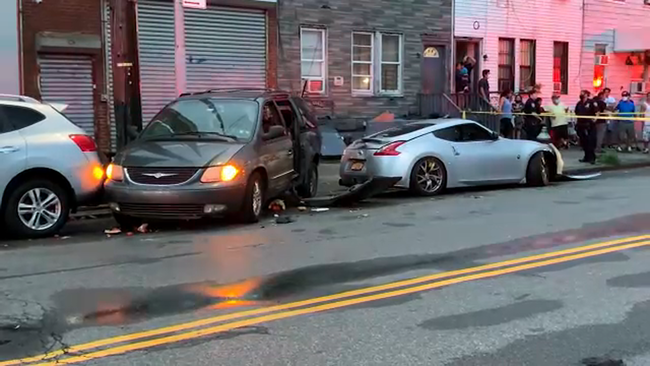