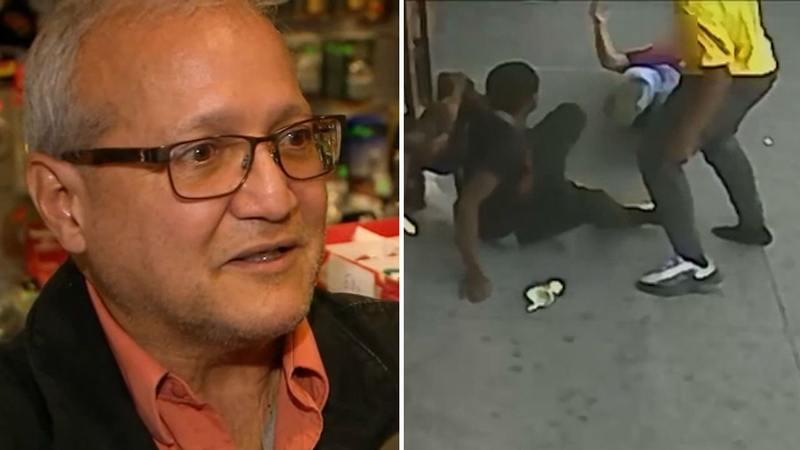 LONGWOOD, Bronx (WABC) -- A hardware store owner who was viciously attacked at his store in the Bronx is sharing his story after the frightening ordeal.

Police are looking for two suspects in connection with the assault at J and A Hardware on Sept. 25.

Police say the suspects talked briefly with the 67-year-old owner, John Caban, before they started knocking items off the shelves.

That led to a physical struggle and one of the suspects kicked Caban in the chest, causing him to fall back, knock his head on the pavement and lose consciousness.

Caban suffered a fractured orbital socket and abrasions to the back of the head. He was taken to NYC Health + Hospitals/Lincoln in serious but stable condition.

A month after the incident, Caban told Eyewitness News that he is still recovering, suffering from vertigo and has hearing loss in one ear.

Despite it all, he says he doesn't have anger toward the young teenagers.

"The community is giving me a lot of love back, I never knew I had that much love out there," Caban said. "When I came back my children were here and they were amazed to see how much love they gave me back. It was an awesome thing."

Photos of the suspects were released by police.