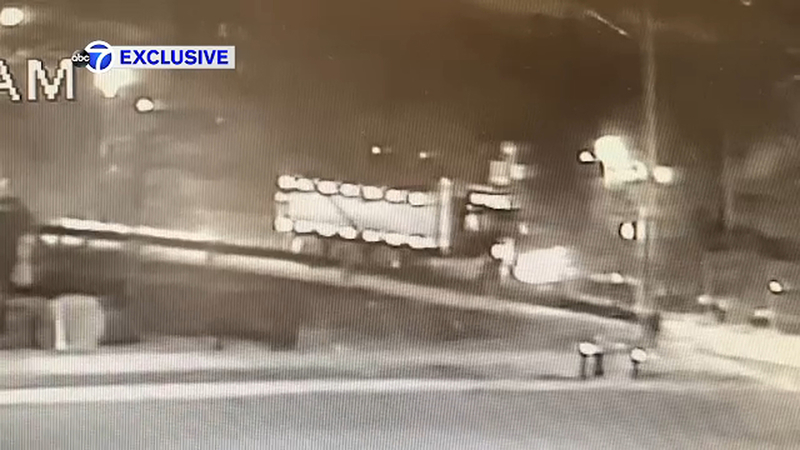 PELHAM BAY, Bronx (WABC) -- A man apparently fleeing a hit and run was fatally struck by a truck that did not stop in the Bronx Tuesday.

The victim was discovered dead at the intersection of Country Club Road and Mac Donough Place in Pelham Bay around 5 a.m.

Authorities say the 52-year-old man had sideswiped another vehicle in a minor crash on McLean Avenue. He fled the scene of that crash, prompting the other driver involved to give chase.

As he headed south on the Bronx River Parkway, police believe he realized he had three flat tires from the crash and eventually had to pull over off Interstate 95 onto the Bruckner Boulevard Service Road.
EMBED More News Videos

Marcus Solis has the latest on the fatal hit and run in the Bronx.

As he fled his disabled vehicle on foot, police say he was struck by a dump truck, possibly with a blue container.

Exclusive surveillance video obtained by Eyewitness News shows the moments leading up to the accident as the man ran in front of the truck and was hit.

Police are now looking for that dump truck.

The Bruckner Road exit ramp from Interstate 95 was closed for the investigation.