Exclusive: Woman recounts being viciously attacked in her own home 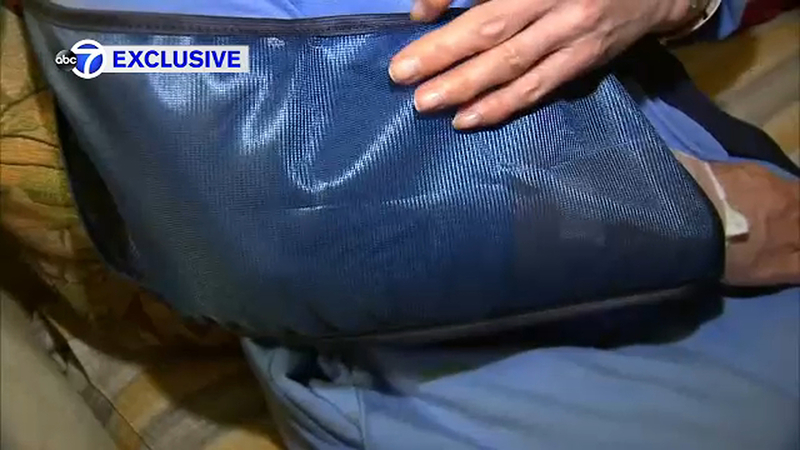 PELHAM PARKWAY, Bronx (WABC) -- Police are searching for the suspect who attacked and robbed a 64-year-old woman in her Bronx home.

We spoke exclusively to the victim Tuesday night after she got home from the hospital. We'll call her Nat.

She is a petit and sweet grandmother, a little over five feet tall. She has a broken arm which will need surgery next week, five stitches above her black eye and a heart full of fear.

Monday morning, she came home after running a few errands, only to be startled by a robber who had broken into her house.

It happened in broad daylight, on a quiet residential block, in the Pelham Parkway section of the Bronx

"He pushed me to the floor. Start hitting me with the crow bar that he used to open the window. On my head, on my arm, hit my arm three or four times," said Nat.

Police released surveillance video in hopes of catching the violent thief, who may have been canvassing the neighborhood.

"Please if you know who did this to me, call the cops. He need to be punished," said Nat.

Detectives believe he stole about $1,000 worth of cash and valuables, including the victim's wedding ring which she has worn for 40 years

"I said I do it. I pull wedding band off finger because he was going to break my finger," she said.

The robber who is about 5'3, wore a mask and gloves. At one point we're told he tied the victim's feet with the telephone cord. She believes she finally got him to leave when she told him they would not be alone much longer.

"I said to him, my husband is going to be home any minute. Please leave," said Nat.

And he did but not before ransacking her house, terrorizing the victim, and leaving her afraid to be alone in her own home.

Anyone with information is asked to call the NYPD's Crime Stoppers Hotline at 1-800-577-TIPS (8477) or for Spanish, 1-888-57-PISTA (74782). The public can also submit their tips by logging onto the Crime stoppers website at WWW.NYPDCRIMESTOPPERS.COM or by texting their tips to 274637 (CRIMES) then enter TIP577. All calls are strictly confidential.