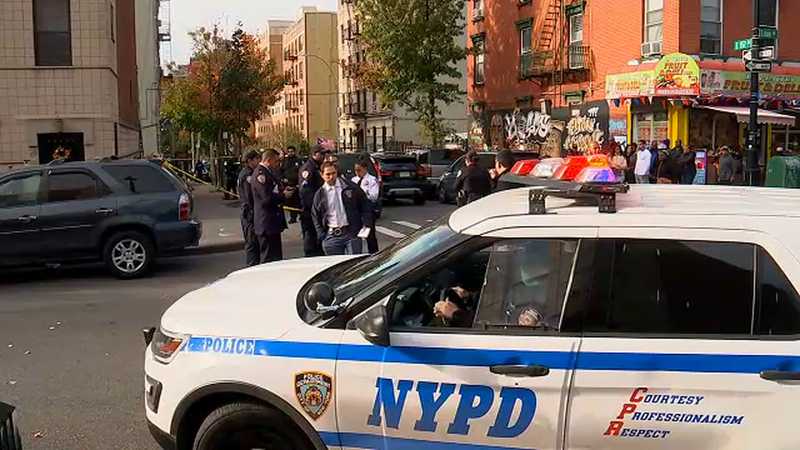 MELROSE, The Bronx (WABC) -- Two men were shot, one fatally, on a street in the Bronx Monday afternoon.

It happened just after 1:30 p.m. at the intersection of East 157th Street and Elton Avenue in the Melrose section.

Police are looking for a white Mercedes that fled the scene, and they believe the gunfire came from inside the vehicle.

The victims were rushed to Lincoln Hospital, where a 31-year-old man was pronounced dead with gunshot wounds to the head and leg. He has been identified as Noel Irizarry.

A 32-year-old man remains in serious condition after suffering gunshot wound to the right leg.

Authorities say the shooting occurred after some sort of dispute. A witness came forward to say there was an argument between the gunman and the two victims.