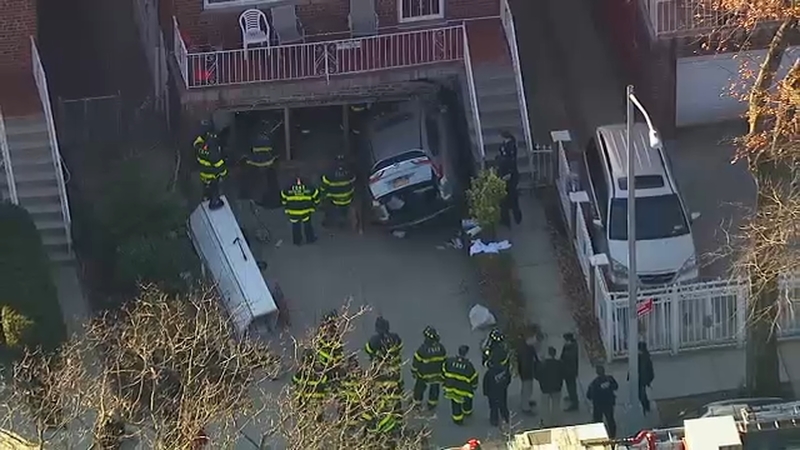 MORRIS PARK, Bronx (WABC) -- A pedestrian was critically injured when she was struck by a vehicle that ended up crashing into the front of a house Thursday morning.

The incident was reported in the 1200 block of Pelham Parkway South just before 8:30 a.m.

Police say a driver was attempting to turn into her own driveway when she struck the pedestrian.

The victim was pinned under the car, which then crashed into the first-floor garage and dislodged a 20 foot by 1-foot section of reinforced brick at the front of the building.

Because of the structural damage, DOB issued a Full Vacate Order to the two-family home.

The victim was taken to Jacobi Medical Center in critical but stable condition.

The driver was not injured in the incident but was checked out at the scene.

No charges have been filed and the crash is being investigated as an accident.